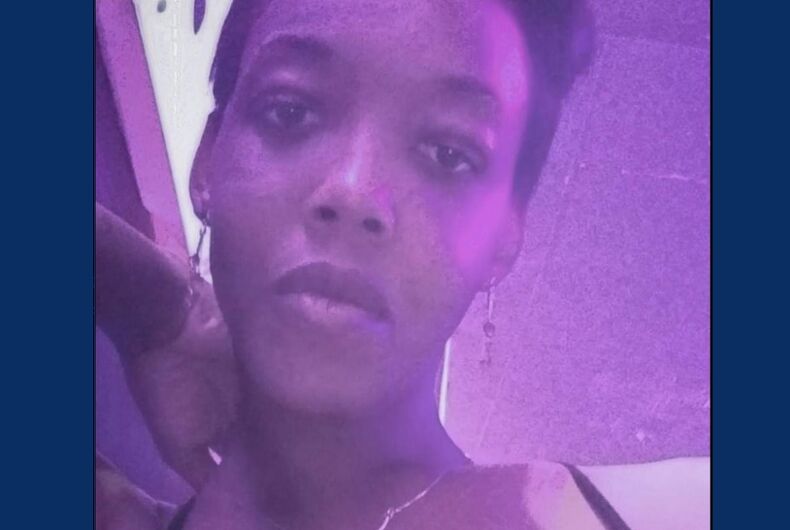 A black transgender woman was killed this past weekend in Philadelphia.

Michelle Washington, who sometimes went by Michelle Simone on social media, was found with gunshot wounds to the head, body, and buttocks early Sunday morning, according to police. She was taken to a hospital where she was pronounced dead.

Police have not made arrests in the ongoing homicide investigation, although Philadelphia Police Captain Sekou Kinebrew told Philadelphia Gay News that it “doesn’t appear” that Washington’s gender identity was the reason for the shooting.

“However, the investigation is still in the early stages, and it would be premature to rule out the possibility of a hate crime,” he said.

Related: Transgender woman settles in court after profiling landed her in jail

According to her Facebook page, Washington, who was in her 30’s, was studying nursing at the Community College of Philadelphia.

Deja Lynn Alvarez, a candidate for Philadelphia City Council who has been friends with Washington for two decades, said that Washington was “no-nonsense” and “didn’t take shit from anyone.”

On Facebook, Alvarez wrote, “Your memory will live and light will shine on through us.”

Was notified by police early this morning of another trans woman of color murdered here in Philadelphia around 5 a.m. …

Washington is the third black transgender woman killed over the course of a week. Claire Legato, 21, was shot in the head in April during a dispute about a check. She died due to her injuries on May 14.

This past Saturday, Muhlaysia Booker, 23, was found dead. Last month video was posted to social media showing Booker getting beaten by a mob as people shouted anti-LGBTQ slurs at her.

“It’s very important that we stress that because we’re not seeing LGB people murdered every other day,” Alvarez told Philadelphia Gay News.

“It’s time that we shift the focus to that.”

The White Night Riots happened 40 years ago today, but what has changed since then?