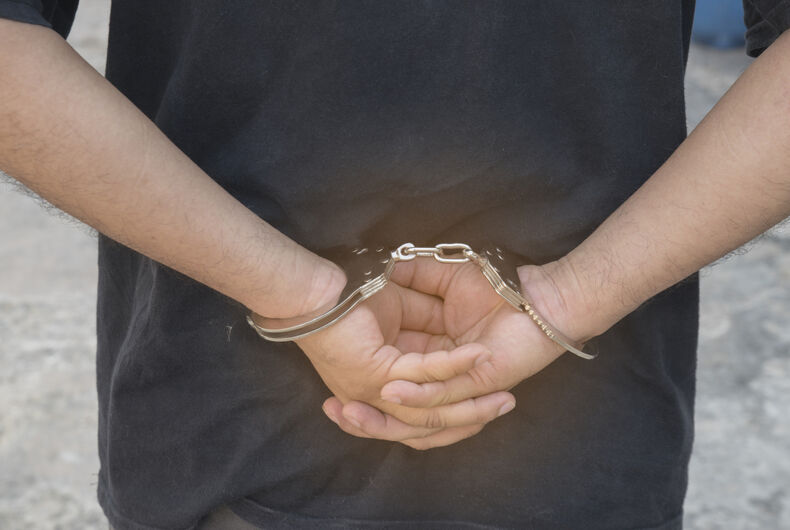 A 12-year-old boy has been arrested following a shocking knife attack on a gay couple in England. Police are still searching for two other boys after the gang of pre-teens stabbed the men multiple times.

According to police, the two men, who are in their 30’s, were walking down a road on Saturday evening when they were approached by three teen boys.

The boys, who are believed to be between ages 12 to 15, shouted homophobic insults at the men. One of them pulled out a knife and attacked the couple.

One of the men suffered injuries to the head and neck, and the other to his hand. Police described the injuries as “significant” but not life-threatening.

“This was an appalling and unprovoked attack on two men simply making their way home and we are working tirelessly to locate those responsible,” said Detective Inspector Tara Denn in a statement, referring to the attack as a “hate crime.”

“Two men have been left with significant injuries tonight and the hate and violence that has been inflicted on them is simply unacceptable and won’t be tolerated on the streets of Merseyside.”

Police are turning to the public for help in finding the remaining assailants.