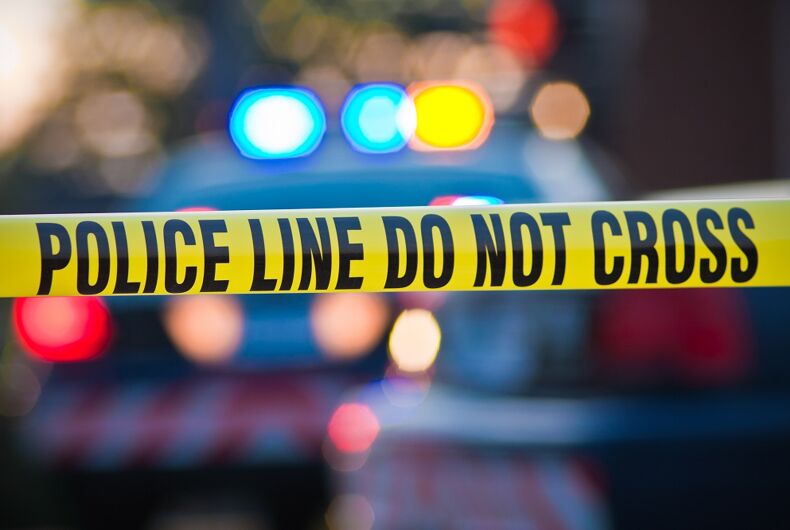 Several teenagers attacked two gay men with a knife in what appears to be a homophobic hate crime.

According to police, the two men, who are in their 30’s, were walking down a road at 9:20 p.m. this past Saturday in Liverpool, UK, when they were approached by three teen boys.

The boys, who are believed to be between ages 12 to 15, shouted homophobic insults at the men. One of them pulled out a knife and attacked the men.

One of the men suffered injuries to the head and neck, and the other to his hand. Police described the injuries as “significant” but not life-threatening.

“This was an appalling and unprovoked attack on two men simply making their way home and we are working tirelessly to locate those responsible,” said Detective Inspector Tara Denn in a statement, referring to the attack as a “hate crime.”

“Two men have been left with significant injuries tonight and the hate and violence that has been inflicted on them is simply unacceptable and won’t be tolerated on the streets of Merseyside.”

Police are turning to the public for help in finding the assailants.

We're appealing for info following a homophobic assault in Manningham Rd, #Anfield around 9.20pm last night, Sat 22 June. Two men were injured after being assaulted by youths armed with a knife. Please contact @MerPolCC, 101 or @CrimestoppersUK with info
https://t.co/TkdmDiw3Rn pic.twitter.com/tVfUBlWOj2

Liverpool Mayor Joe Anderson denounced the attack in a statement on Twitter.

“So angry & ashamed that an openly homophobic attack on two men has happened in my City & that three young men carried it out,” he wrote. “Love to all in the LGBT community.”

So angry & ashamed that an openly homophobic attack on two men has happened in my City & that three young men carried it out. Please,please help the Police identify those responsible, let’s show that Anfield & Liverpool will not tolerate hate. Love to all in the LGBT community 💜