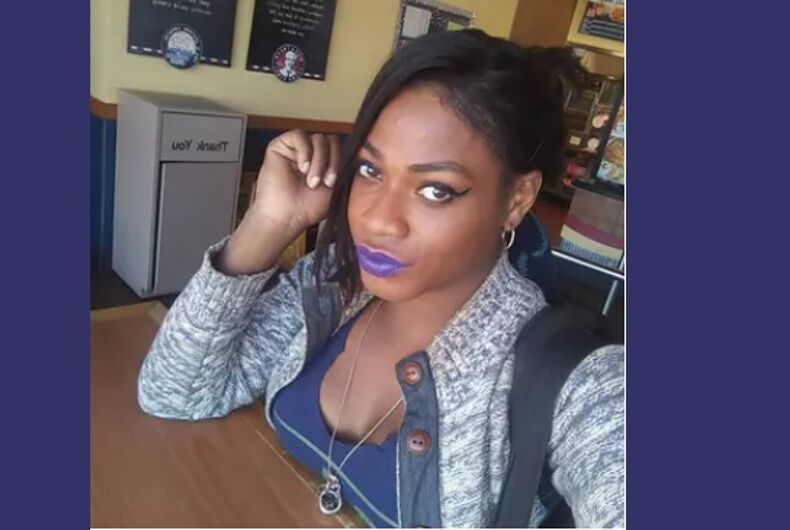 A second black transgender woman was found dead over the weekend in Dallas. This past Saturday, police found the body of Chynal Lindsey, 26, in White Rock Lake after someone called police to report a body in the lake.

Hall said that Dallas Police have reached out to the FBI to help with the investigation because of a possible connection to another trans woman who was murdered in the Dallas area.

“We are concerned, and we are actively and aggressively investigating the case,” Hall said.

Related: A Texas Democrat honored a murdered black trans woman in a moving speech on the House floor

Last month, Muhlaysia Booker was found shot to death in Dallas. A month prior to being murdered, she was beaten by a mob that shouted anti-LGBTQ epithets like “That’s what your faggot ass gets” and “Get that faggot out of our hood.”

Police have not made any arrests in Booker’s case.

Dallas Police identified Lindsey as a woman but released a photo of her from before her transition. Hall said that her family requested that police release that photo.

Anyone with information about Lindsey like where she was last seen is encouraged to call Detective Erica King at 214-671-3684.

An anti-LGBTQ politician wanted to march in a major pride parade. The organizers had other ideas.