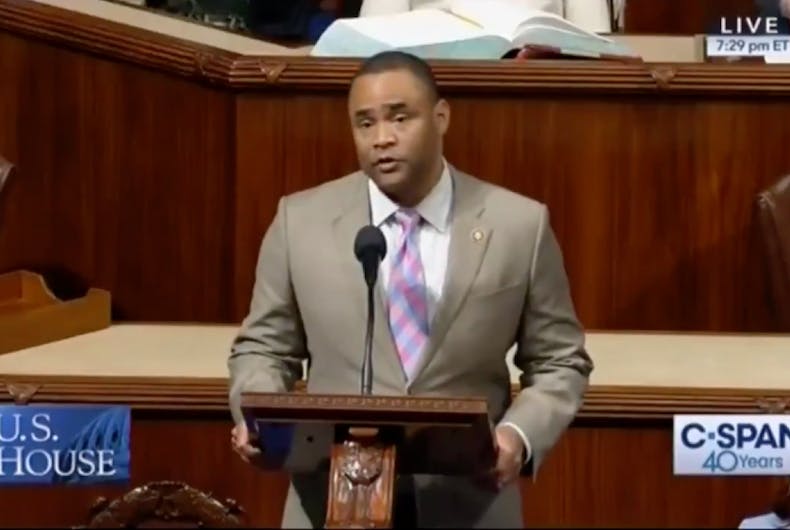 A U.S. Representative honored a Black transgender woman who was the victim of murder.

Representative Marc Veasey (D-TX) took a moment to remember Muhlaysia Booker. Booker was shot to death earlier this month in Dallas, a month after a mob was recorded beating her in the street while shouting anti-LGBTQ slurs.

He talked about the violence she faced, saying the attack “made you sick to your stomach to see the level of transgender hate that is so strong and prevalent in this country.”

But Black transgender women like Booker “choose to live her life in truth,” Veasey said.

“They show courage, strength, and great personal sacrifice in the fight for equality.”

He asked the Senate to pass the Equality Act.

“Our brothers and sisters are dying out there,” Veasey concluded.

Muhlaysia’s death is devastating for the black transgender community, but it’s also part of a much larger trend that shows the violence, discrimination, and fear transgender and LGBTQ communities continue to face. Our brothers and sisters are dying. #SayHerName pic.twitter.com/k7uNCytPZ1

These awesome & inspiring church signs have doubled the congregation’s size