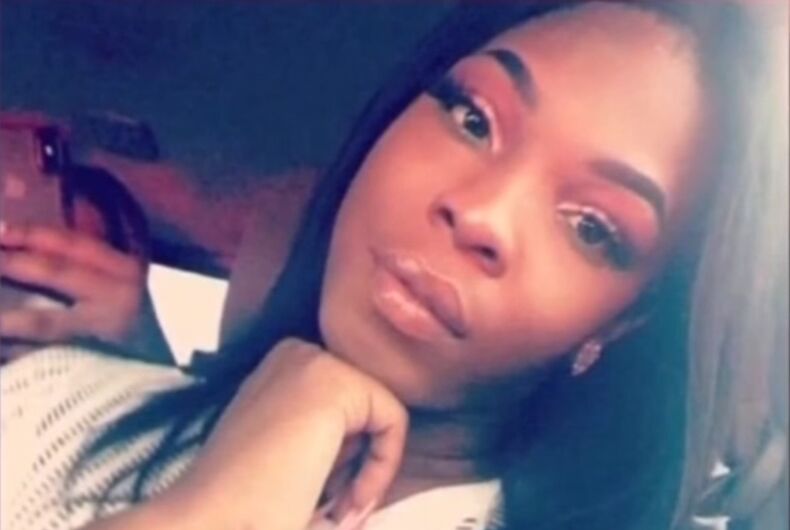 An African American transgender woman who was beaten in the street last month has been found shot to death.

Muhlaysia Booker, 23, was found by police in Dallas, Texas, on Saturday morning after they received a report of a shooting. Officers pronounced her dead on the scene.

Police have declared that she died due to “homicidal violence” but have not made any arrests so far.

In April, onlookers caught cell phone footage of Booker being beaten by a crowd, and it was shared on social media.

According to police, people shouted “That’s what your faggot ass gets,” “Get that faggot out of our hood,” and “Shoot that punk ass” at her while she was being beaten.

Related: Texas College football player charged with the murder of a transgender woman

Towards the end of the video, she was dragged off by a group of women. She was taken to a hospital where she was treated for facial fractures and a broken wrist. Her arm was put in a sling.

Police arrested Edward Thomas, 29, for his role in the beating. According to court records, someone offered Thomas $200 to beat Booker after she was involved in a minor traffic accident.

According to Thomas’s arrest affidavit, he admitted to beating Booker but not to shouting the slurs.

“There is nothing at this time to connect Mr. Edward Thomas and the offense that occurred yesterday,” said a spokesperson for the Dallas Police in a press conference yesterday.

Dallas Police contacted the FBI to ask if the beating in April rose to the level of a federal hate crime, and their investigation was already flagged as a hate crime investigation. They have not done the same yet for the murder.