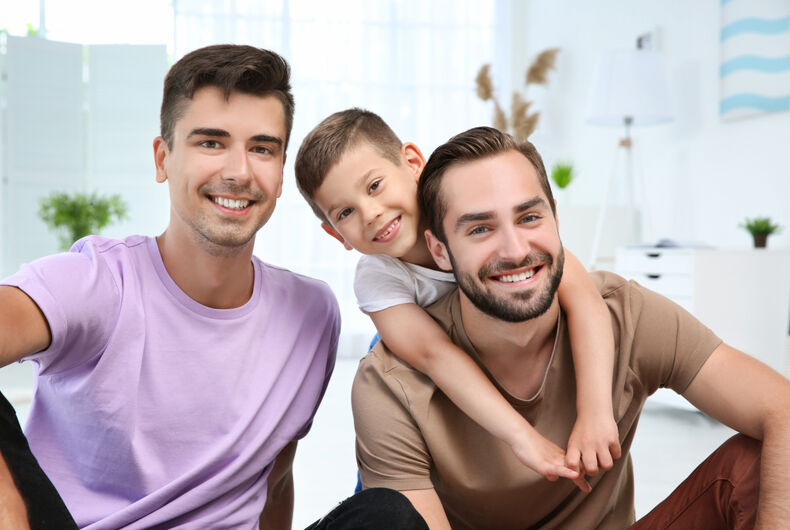 Tennessee state lawmakers have moved forward legislation that would allow adoption agencies to discriminate against LGBTQ parents. The bill passed the Republican-dominated House with a vote of 67-22.

Republican Governor Bill Lee hasn’t said whether or not he would sign it if the bill passes through the state senate as well, but the Associated Press reports “his religious faith has often been a cornerstone of his political career.”

Related: Proposed Tennessee law would make it a crime for trans people to use the locker room

Proponents believe adoption and foster care centers will be “forced to allow adoptions to people they felt were not appropriate parents” if the law isn’t passed.

“We were concerned that adoption agencies, such as religious adoption agencies, would be required to allow adoption when they had religious beliefs that contradicted certain lifestyles,” Hensley told The Tennessean. “[…] We didn’t want those agencies to not be able to provide adoptions.”

Opponents say, however, that this bill has nothing to do with “the welfare of children.” Instead it merely gives ammunition to those with a “desire to discriminate.”

“If there were some issue, all the people who are involved in same-sex relationships who are parents through other means, not adoption, would not be fit, but the studies don’t show that,” Chris Sanders, executive director of the LGBTQ advocacy group Tennessee Equality Project, told the newspaper.

Over 100 religious leaders have come out in opposition to a slew of Republican-led attacks on the Tennessee LGBTQ community. The state legislature is currently considering six bills aimed at harming the community.

“As leaders of faith communities we oppose these bills in the Tennessee General Assembly. They promote discrimination rather than justice and demean the worth of LGBTQ people in our state. We call on people of good will to join us in speaking out for basic fairness,” the statement reads.

“We’re doing the same as nine other states have done,” said Republican Rep. Tim Rudd of Murfreesboro, the bill’s sponsor. “Throughout the country, these faith-based organizations have been sued to the point they’re being driven out of business due to costs.”

No faith-based organizations have been “driven out of business” or sued by prospective LGBTQ parents. A handful of agencies nationwide have been told to allow gay and lesbian couples to adopt or they would lose government funding if local human rights laws forbids discrimination against LGBTQ people.

“We have children across this state looking for loving homes, why are we doing anything to prohibit a loving family or a couple from being able to care of a child and take it in and provide for it, why?” Democratic Rep. John Ray Clemmons asked before the vote.