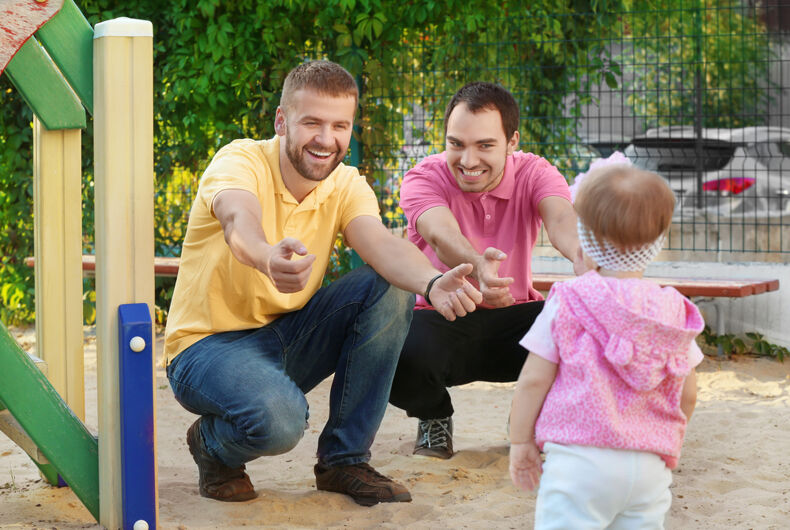 A pair of bills recently introduced Tennessee would allow adoption and foster care agencies to turn away same-sex couples based on “religious beliefs.”

As The Tennessean was the first to report, legislation sponsored by Sen. Joey Hensley (R-Hohenwald), and Rep. John Ragan (R-Oak Ridge) would prevent the state from taking action against any adoption or foster care provider which acts in accordance with its “sincerely held religious beliefs.”

The bill is known as SB 0848 in the Tennessee Senate and HB 1152 in the House. The proposal was introduced Wednesday.

Rep. Tim Rudd (R-Murfreesboro) put forward a strikingly similar piece of legislation a day earlier. Known as SB0848 in the Senate and HB 1152 in the House, it would prevent any same-sex couple who felt they had been discriminated against by a faith-based placement agency from filing a lawsuit.

Proponents believe adoption and foster care centers will be “forced to allow adoptions to people they felt were not appropriate parents” if the law isn’t passed.

“We were concerned that adoption agencies, such as religious adoption agencies, would be required to allow adoption when they had religious beliefs that contradicted certain lifestyles,” Hensley told The Tennessean. “[…] We didn’t want those agencies to not be able to provide adoptions.”

Opponents say, however, that this bill has nothing to do with “the welfare of children.” Instead it merely gives ammunition to those with a “desire to discriminate.”

“If there were some issue, all the people who are involved in same-sex relationships who are parents through other means, not adoption, would not be fit, but the studies don’t show that,” Chris Sanders, executive director of the LGBTQ advocacy group Tennessee Equality Project, told the newspaper.

In 2017, the Medical Journal of Australia reviewed three decades of studies conducted on children raised in same-sex households. Nearly all research on the subject concluded they were just as healthy as kids from opposite-sex homes.

But despite overwhelming evidence, 10 states have laws allowing foster or adoption care agencies to discriminate on the basis of LGBTQ identity. Kansas and Oklahoma most recently joined the list, although incoming Kansas Gov. Laura Kelly has pledged to find ways to undermine the 2018 bill from the governor’s chair.

Tennessee has been a hotbed for anti-LGBTQ legislation in recent years.

Two years ago, Republican Gov. Bill Haslam signed a bill stating that “undefined words shall be given their natural and ordinary meaning.” While an early version of the legislation targeted same-sex couples by singing out words like “mother,” “father,” “husband,” and “wife,” it was eventually watered down before becoming law.