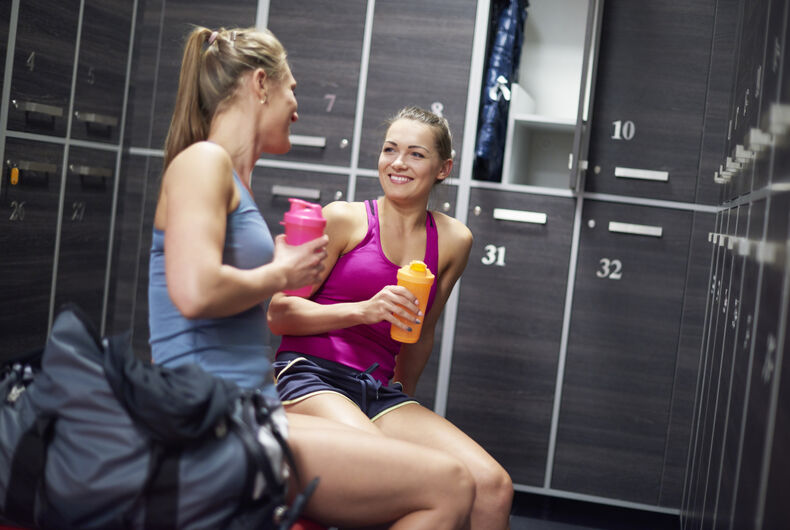 A bill in front of the Tennessee state legislature would effectively make it a crime for transgender people to use the correct locker room. The state is also considering legislation that would give government contractors a license to discriminate against LGBTQ people.

The proposed law would broaden the “offense of indecent exposure to include incidents occurring in a restroom, locker room, dressing room, or shower, designated for single-sex, multi-person use, if the offender is a member of the opposite sex than the sex designated for use.”

“Bills that make it a crime to be transgender or that give government contractors a license to discriminate have no place in our state,” Hedy Weinberg, ACLU of Tennessee executive director said.

“Transgender people in Tennessee should not fear criminal prosecution just for using the restroom. This mean-spirited law won’t make anyone safer and may in fact make it more likely that transgender people will face harassment and discrimination.”

The bill’s lead sponsor, Republican Rep. John Ragan, denied that the bill was meant to target trans people, but slyly added, “I don’t care if they think they’re a woman.”

Tennessee legislators are “attempting to twist and distort a public indecency law put in place to protect people from sexual harassment into a tool to criminalize transgender people,” according to Justin Sweatman-Weaver, chair of GLSEN Tennessee.

“With House Bill 1151 — and 11 additional anti-LGBTQ bills introduced this legislative session — Tennessee risks being branded a ‘state of hate’ and opening every resident up to the economic and reputational risks that come along with such an undesirable title.”