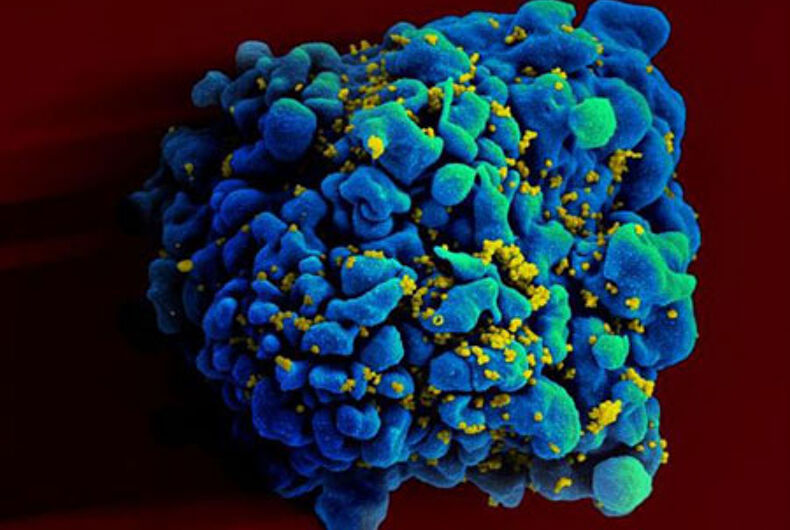 HIV has been cured in a second patient, researchers are reporting.

The person, who wants to remain anonymous so he is being referred to as the “London patient,” is now in long term remission from HIV after a bone marrow transplant after he stopped taking HIV medication in September 2017, according to research published today in Nature.

“There is no virus there that we can measure. We can’t detect anything,” said Ravindra Gupta, a biologist who worked with the team of doctors treating the London patient, adding that the patient has been “functionally cured.”

The London patient said that it was “surreal” and “overwhelming” to have both his cancer and his HIV cured at the same time.

“I feel a sense of responsibility to help the doctors understand how it happened so they can develop the science,” he said.

He was diagnosed with Hodgkin’s lymphoma and received a bone marrow transplant in May 2016 from a donor who had a mutated form of the CCR5 protein.

CCR5 is on the surface of white blood cells, and HIV uses it to enter a cell. But the virus can’t attach itself to the mutated form.

The transplanted immune cells seem to have fully replaced his own white blood cells.

“This will inspire people that cure is not a dream,” said Dr. Annemarie Wensing of the University Medical Center Utrecht, Netherlands. “It’s reachable.”

This is the second known case of HIV going into long term remission.

12 years ago, there was Timothy Ray Brown, also known as the Berlin patient. He had leukemia and received a bone marrow transplant from someone with the CCR5 protein mutation.

Brown, though, had undergone more severe treatment than the London patient and for a while researchers believed that his near-death experience was key to curing HIV.

There are around 22,000 people who are known to have the CCR5 mutation that makes their white blood cells immune to HIV. So far, 38 people living with HIV have received bone marrow transplants from one of these donors, and their progress is being tracked.

Using bone marrow transplants to cure HIV in everyone who has the virus, though, remains impractical, expensive, and risky.

“I’m not sure what this tells us,” Dr. Anthony Fauci, who works at the National Institute of Allergy and Infectious Diseases, told the New York Times.

“It was done with Timothy Ray Brown, and now here’s another case — ok, so now what? Now where do we go with it?”

Some companies are researching gene therapy techniques, but they remain far from developing a cure for widespread use.