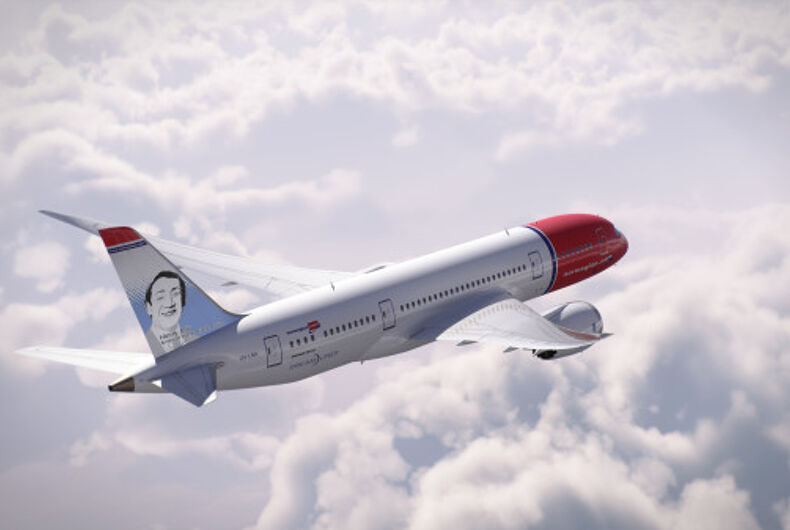 You can now take a trip on a brand-new Boeing 787-9 Dreamliner emblazoned with Harvey Milk’s face.

Norwegian Air has unveiled their latest “Tail Fin Hero,” and the gay rights icon will join seven other Americans honored on the plane’s livery.  Other LGBTQ people highlighted by the airline include Oscar Wilde and Freddie Mercury.

“Like ours, Harvey Milk’s mission was reflective of a pioneering spirit. He demonstrated a tireless hunger to look past the differences of people and instead focus on bringing them together for the greater good,” Bjørn Kjos, Founder and CEO of Norwegian, said in an emailed statement.

“We can’t think of a better way to honor Harvey Milk’s bravery and courage than to dedicate a Boeing 787 Dreamliner to his legacy of equal rights – a tribute that will span the globe for years to come, reinforcing our joint commitment to making the world a smaller, friendlier and more inclusive place.”

It will also be fitted with custom artwork inside the cabin to depict Milk’s life and why he is an important figure in history. The airline will also support the Harvey Milk Foundation’s annual diversity and inclusion efforts.

The company will take possession of the plane later this month.