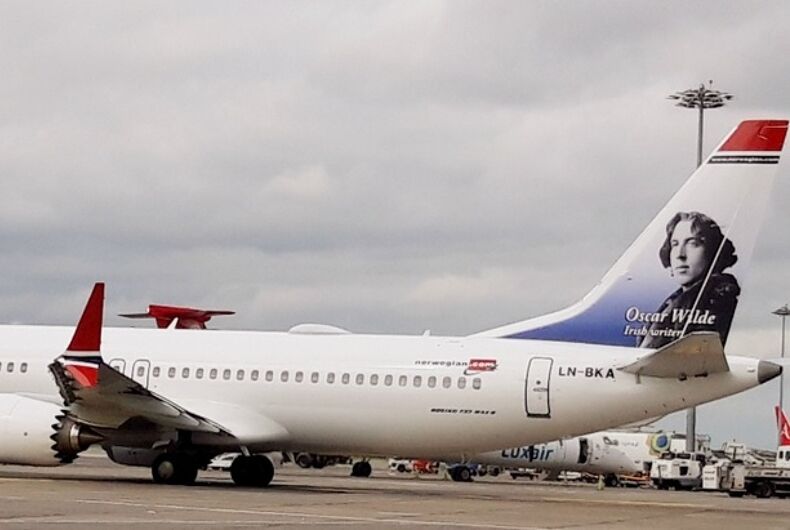 Norwegian Airlines paid tribute to Oscar Wilde by putting a giant picture of him on two of their planes.

The Irish writer – perhaps best known for his play The Importance of Being Earnest and his novel The Picture of Dorian Gray – will appear on the tail fin of a Boeing 737 MAX and a Boeing 787 Dreamliner.

Wilde was tried and found guilty of “gross indecency” with men after an infamously salacious trial. Wilde was jailed for two years and left England after being released.

His appearance as a Norwegian Airlines “tail fin hero” coincides with his birthday, October 16, which is today.

Related: This airline will paint a giant picture of Freddie Mercury on a plane

Wilde “has inspired generations and we are very happy to have one of the greatest poets of all time adorn our aircraft,” said Matthew Wood of Norwegian Airlines.