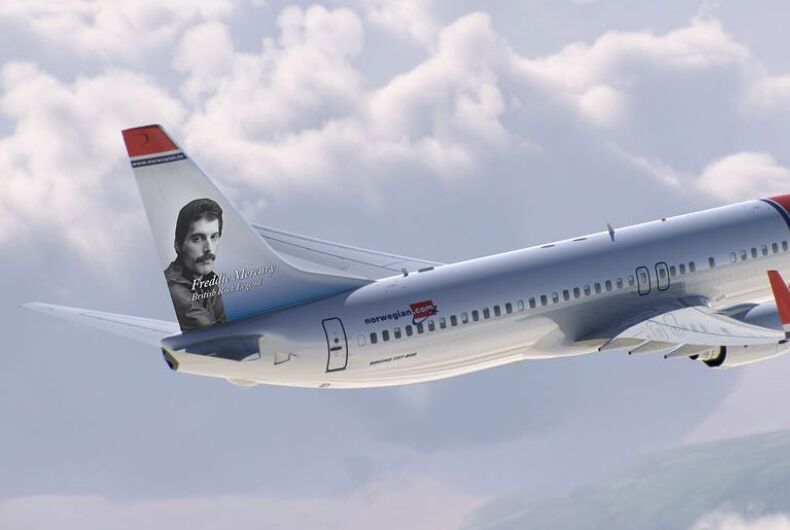 Norwegian Air will honor Freddie Mercury by painting a giant picture of him on the tail fin of a B787 Dreamliner.

A spokesperson for Norwegian said, “As Norwegian continues its rapid expansion in the UK, our ‘tail fin heroes’ offer us a perfect chance to pay tribute to some of the greatest Britons of all time. Freddie Mercury inspired generations of music fans around the globe and it is a huge honour to have one of the greatest singers of all time adorn our aircraft.”

Detentions of gay and bi men have started again in Chechnya