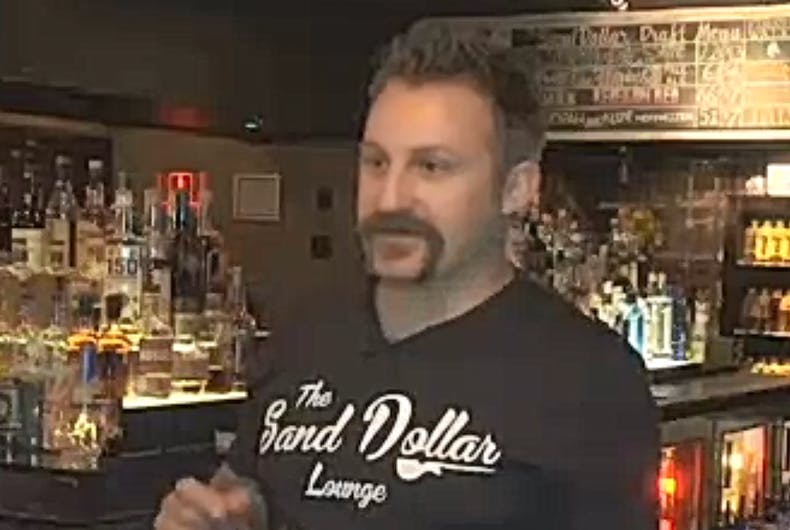 A Las Vegas bar took a homophobic comment and made it into an LGBTQ dance party.

David Bancroft said he was drunk when he wrote about getting kicked out of the Sand Dollar, a straight bar, last week. On Facebook, he posted a comment in which he called the Sand Dollar a “gay bar” and called the bouncers that kicked him out “fags.”

The next morning, he was sober and he deleted the comment, but it had already been shared by the bar’s owner, who responded, “Like accusing us of being a gay bar should be an insult.”

In their response, the Sand Dollar announced plans for an LGBTQ party on August 6.

Several days later, the bar announced that profits from the party would go to the Gay & Lesbian Community Center of Southern Nevada.

“To use that platform to start blasting the community or blasting being gay is obscene, and for us to ignore it and let it go is wrong,” co-owner Anthony Jamison said.

Bancroft has since apologized for his rant and told Fox 5 that he hopes the party will get “extra support and funds for the LGBTQ community.”