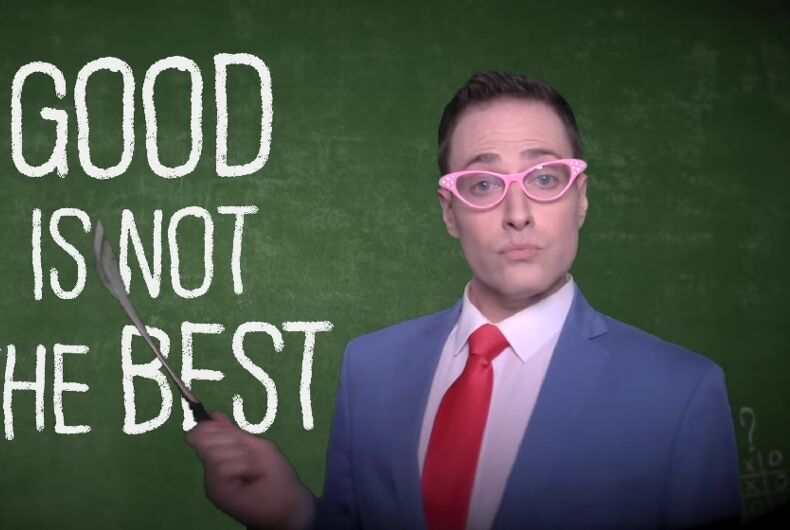 Set to the tune of “Be Our Guest” from Disney’s Beauty and the Beast.

He opens with an edited version of Trump’s ABC interview last week, where she said that she is the “most bullied person in the world.”

Throughout the parody song, he shows images of Trump not being… best, like when she wore a coat that said “I really don’t care” on a trip to visit children who had been forcibly separated from their parents.