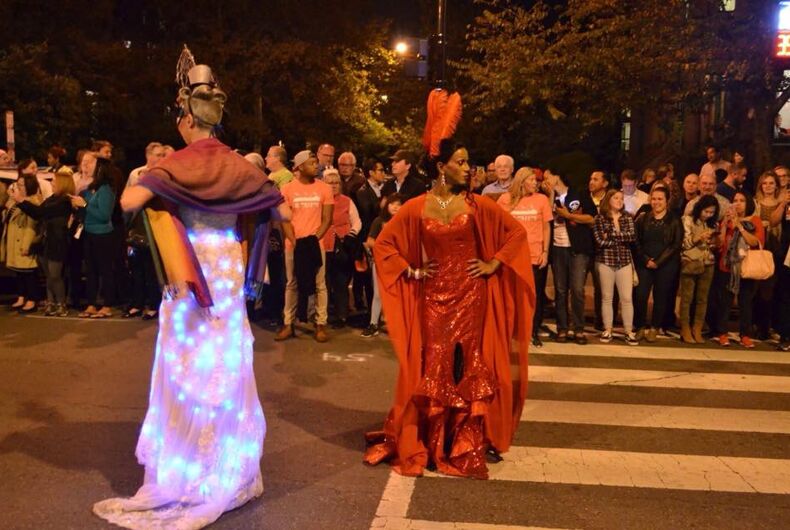 DC Mayor Muriel Bowser’s office has announced they will pay for over 100 drag queens to run a footrace in high heels for several blocks through city street later this month.

This will be the 32nd year for the annual Halloween High Heel Race that draws over 1000 spectators to watch the queens parade up and down the streets before the race starts. Only a small percentage of participants actually run the course; most promenade to the finish line to wild cheers at the elaborate costumes.

Since 1999 a gay bar has been the lead organizer, but since the event is free, organizers didn’t make any money to pay for street closures and emergency personnel. The city has provided those services for years and started considering becoming the official sponsor months ago.

“The mayor was really excited about this when we talked about it a year ago because this shows her support of the LGBTQ community and its diversity,” Sheila Alexander-Reid, director of the Mayor’s Office of LGBTQ Affairs, told the Washington Blade. “And I think this is going to go a long way towards making sure this event lasts and continues. I know Mayor Bowser loves this event and I know she’s proud to present it.”

Bowser has kicked off the race for the past two years at the starting line.

The High Heel Race will be held on Tuesday, October 30 at 9pm. The parade of queens will start at 7pm.