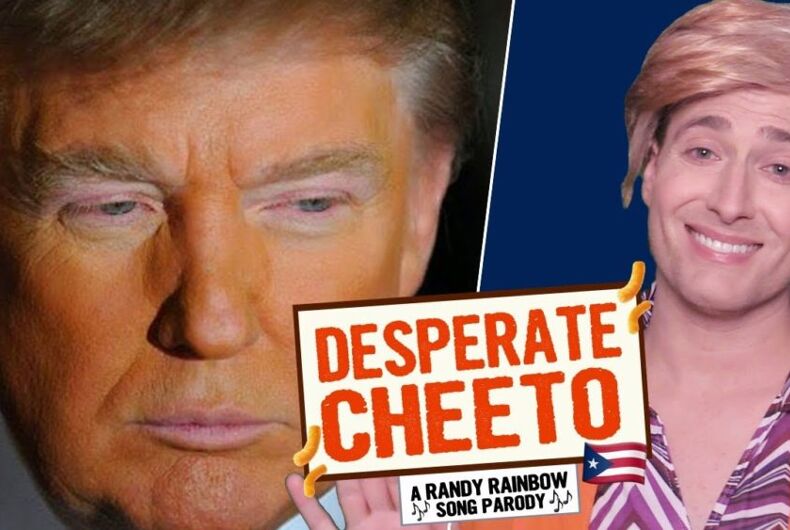 It has been too long since Randy Rainbow had a sit-down with “old friend” Donald Trump, whom he learns is still president.

“You’ve had a rough week, for about a year now,” Rainbow says, launching right back into it like old friends do.

Watch below, you’ll laugh, you’ll cry, you’ll ask, “Seriously, how long until 2020? Can we get this impeachment thing going already? Mueller?…Mueller?”

Atty General: Businesses have a ‘fundamental right’ to discriminate against LGBT people