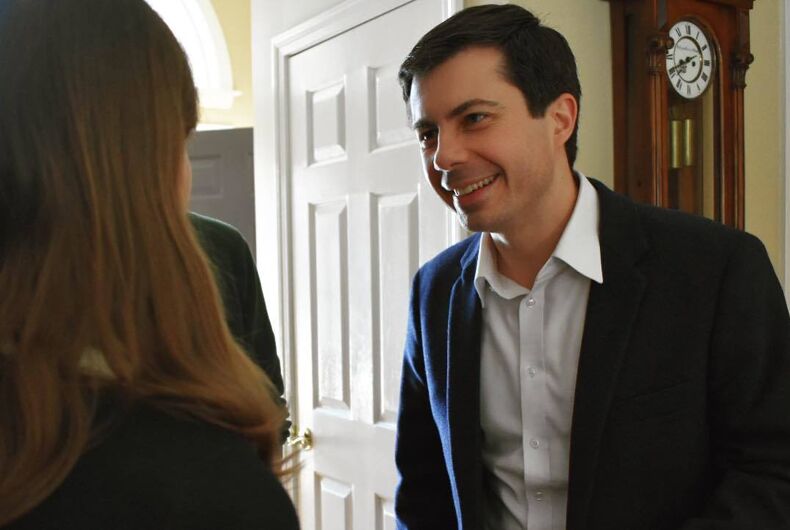 Giridharadas was backstage before an event with Buttigieg and introduced the candidate to his colleague, Norwegian journalist Åsne Seierstad. To Giridharadas’ surprise, “Instantaneously, Mayor Pete starts talking to her in Norwegian, like a magic trick.”

“No one is more puzzled to encounter a Norwegian speaker in Texas who is also a presidential candidate than a Norwegian. Åsne gasps,” Giridharadas shared.

“Mayor Pete explains that he once read a Norwegian author in translation. The trouble is that was the only book available by the author in English. So he learned an entire language to read more books.”

“There you have it, ladies and gentlemen,” he concluded. “We have no idea who Donald Trump’s successor will be. But we have already found the man most opposite of him.”

Buttigieg became entranced with the Norwegian novel Naïve. Super by Erlend Loe, according to a friend, and taught himself Norwegian so he could translate another book by the same author. Then he started attending a Norwegian church in Chicago to keep up his language skills.

As podcaster Adam Best tweeted in response, “Pete Buttigieg speaks seven languages and our current President can barely speak one.”

I'm telling you. This guy is something special. Something beyond what we've ever seen before. He has a heart the size of Texas, he's brilliant, he loves his country and fought for it, he knows foreign and domestic policy and he's just an all around likeable person. Watch him.

This man has been harassing his gay & lesbian neighbors for years. Now he’s being held accountable.

This June, YouTube will release a documentary on Pride directed by two Oscar-winning gay filmmakers