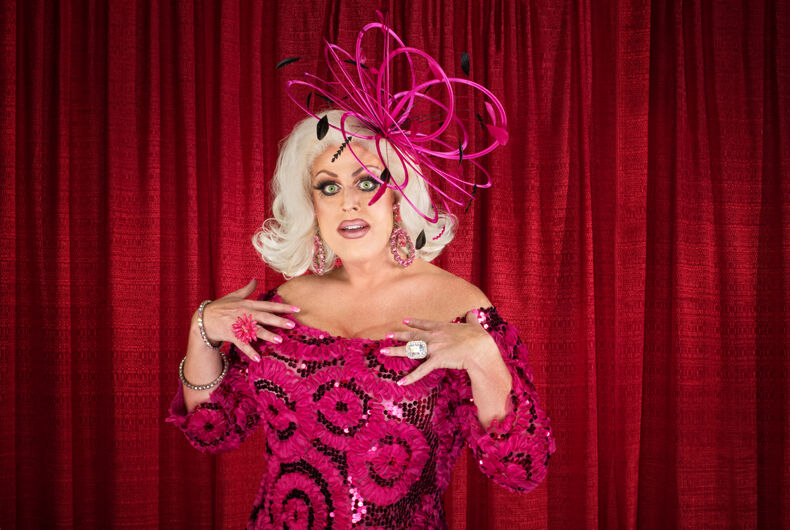 The organizers of Houston’s Drag Queen Story Time project are calling it quits after intimidation and death threats by conservative Christians and nonstop harassment by a religious right leader. Earlier this year, an armed man burst into a Houston library and was arrested after he refused to leave.

Directors Trent Lira and Devin Will wrote a piece for Houstonian that describes the hell they’ve been going through since a local news report spotlighted the children’s reading initiative and why they’ve decided to “step aside.”

“The segment coincided with a City Council meeting at which at-large member Michael Kubosh condemned our program,” the two wrote. “We got our first protesters that same month, July 2018. Texans Against Transgender Tyranny, they were called.”

“They were peaceful and civil. No one inside the Freed-Montrose Library knew there were protesters outside until a patron came in and told us. It continued like this through August and September. It disturbed us, but what could we say? They were standing outside and politely informing the public that there were drag queens in there reading to children. It was their right. It was not a threat.”

Lira and Will also specifically finger far right anti-LGBTQ activist Tex Christopher for a campaign of intimidation and legal threats aimed at the library. Christopher’s Campaign for Houston PAC filed a lawsuit seeking an injunction to prevent the event from happening, claiming it violated the freedom of religion clause in the constitution.

A federal judge laughed the lawsuit out of court, writing simply, “There is no basis to support the requested relief. The application is denied.”

“Well, the lawsuit I can tell you, is frivolous and without merit. That’s number 1,” Mayor Sylvester Turner told reporters at the time. Turner’s casual dismissal further infuriated Christopher who vowed to spend up to $500,000 on political ads centered on the library’s story hour. The PAC quickly started airing TV ads and mailing postcards aimed at Democrats with juxtaposed images of drag queens and crying children.

“The lawsuit was thrown out in January of this year, but the controversy has remained,” Lira and Will write. “Protesters and counter-protesters continued to show up in great numbers. Tex Christopher continued to come to nearly every story time, watching from inside the room and waiting for any opportunity to prove what we were doing was vile. We cannot explain how it feels to put on a show while trying to avoid the stare of someone you know hates you.”

The Campaign for Houston PAC is the group that helped successfully overturn the trans-inclusive Houston Equal Rights Ordinance in 2015.

After James “Doc” Greene Sr., an unhinged Trump supporter, was disarmed and arrested for refusing to leave the library, the two say library staff and parents grew fearful.

“The patrons of the story time began to express concerns about safety, and the staff of the Freed-Montrose Library were threatened to such a degree that some were reassigned to different branches.”

While the drag queens who read books to children had to apply as volunteers and undergo background checks, one of the first queens to participate wasn’t properly vetted and had been arrested a decade ago for sexually assaulting a minor.

“We didn’t know about the conviction prior to last week, but it would have come up if a background check had been conducted. It was a systematic mistake,” Lira and Will write.

“Everyone who has performed since October—including ourselves—has undergone a background check and has clean records. It is frustrating that the past conviction of a single performer now undermines the efforts of three dozen other drag kings and queens who have delighted parents and children alike with songs, costumes, and most importantly, stories.”

The performer’s undisclosed conviction only made life more difficult for the organizers and other performers. The two say the library system is still supportive of the event, but they “believe it is time to step away and not continue with the program in March or for the foreseeable future.”

“What started as a fun community event shared between us, a couple of drag queens and kings, and a few families has become a national controversy. People are being threatened. People are being hurt. We believe in what we’re doing, but we don’t believe in putting our friends, our families, or our children in danger,” they wrote.

“That is why we are choosing to step away, to protect the lives and the livelihoods of the people we love. We want to serve the LGBT+ community, and we will. We will just have to do it another way.”