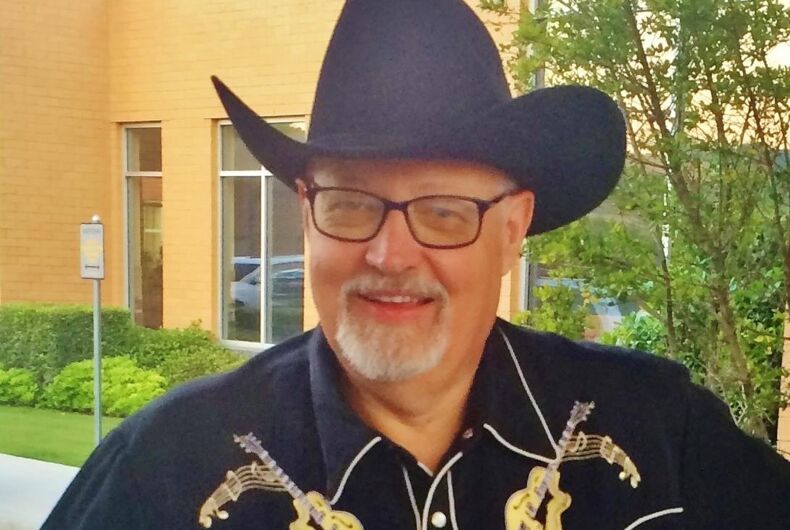 James “Doc” Greene Sr. was detained by police after barging into a Houston library to protest a scheduled drag queen storytime for children. Greene has previously been banned from the library for similar antics – including filming children without permission.

Greene had a concealed weapon and was disarmed by officers.

A spokesperson for the Houston Police Department told OutSmart Magazine that Greene entered the building about 15 minutes before the program was to begin. Police were called when he refused to leave.

“A manager asked us for assistance because [Greene] was banned from the library, and would not leave when he was asked,” Silva says. “He was previously banned for filming children at the library, and has been known to cause disturbances. Several officers had to escort him out.”

Greene refused to cooperate with officers and was taken to a hospital after complaining of chest pains.

Greene filmed the encounter and posted video to YouTube.

“We have a bunch of homosexuals that are molesting children,” Greene said after being escorted out of the building. “They are doing it with your help.”

While the YouTube video cuts off shortly after, Greene continued filming, using Facebook to document the encounter.

The District Attorney declined to press charges. Police released him to the custody of the hospital.

Today I was arrested for being a white Christian, you may think you have freedom in this country because of the constitution but I can assure you that the constitution is no longer in force. the librarian at the Freed PUBLIC library had me arrested simply because she does not like having a Christian man in the library. They charged me with trespassing. I expect to get out of the hospital later today, this cannot stand, we must fight back.

This is what a local government thinks transgender people look like?