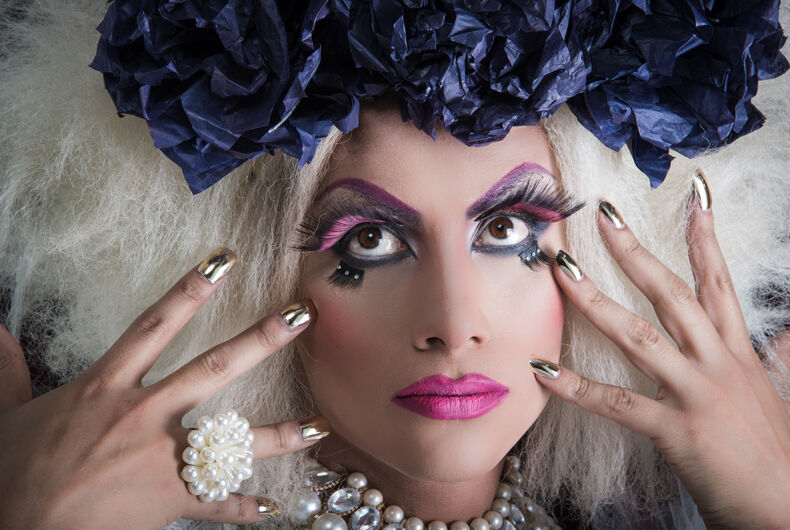 Another day, another religious right protest at a public library.

Evangelical Christians have a new target for their inane protests – drag queens. The perpetually perturbed are up in arms that drag queens are reading stories to children in public libraries.

All over the country, the radical right is showing up to terrify children and parents in the name of God. While the religious zealots would protest outside of abortion providers to shame and scare women who are at their most vulnerable, now they’re focused on being child abusers.

Last week, an armed Trump supporter was detained by police after bursting into his local library to protest drag queen story time.

The Landsdale, Pennsylvania public library recently become the most recent target of outrage as drag queen Miss Annie read children’s books to a gathering of excited children. But while the kids were caught up in the adventures of Clifford the Big Red Dog, outside a large police presence was keeping the peace between dueling protesters.

One mother told the local news, “I wanna raise him to accept people and be nice to everyone.” Another said it would teach her child to “treat people how you want to be treated.”

The religious right, however, took a different tone.

“When you do that, little children, they think oh well this is okay. When it’s really not natural or normal,” said Marilyn Teed.

Because reading to children isn’t normal.