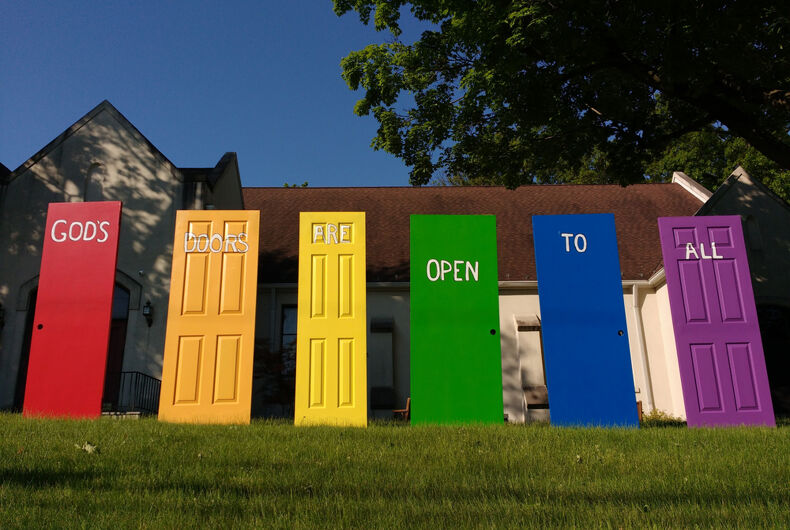 Over 100 religious leaders have come out in opposition to a slew of Republican-led attacks on the Tennessee LGBTQ community. The state legislature is currently considering six bills aimed at harming the community.

“As leaders of faith communities we oppose these bills in the Tennessee General Assembly. They promote discrimination rather than justice and demean the worth of LGBTQ people in our state. We call on people of good will to join us in speaking out for basic fairness,” the statement reads.

The bills range from “a devious attempt to criminalize transgender and gender nonconforming people in restrooms and locker rooms” to “state-sanctioned discrimination by private adoption agencies against prospective parents,” the clergy members say.

Related: Tennessee GOP is trying to ban marriage equality again to get it back in front of the Supreme Court

“I think that equal protection under the law is kind of the beginning of justice, and we should always be thinking about that,” Rev. Paul Purdue of Belmont United Methodist Church in Nashville told the Tennessean. “It’s important to stand up and to call people to pay attention and to say that God loves everyone.”

“These six bills attack our marriages, ability to form families, exist in public spaces, and they even undermine our ability to advocate with our own city governments for protection against discrimination,” Chris Sanders, executive director of the Tennessee Equality Project, said in a prepared statement.

In 2018, legislators decided against changing the state’s marriage laws to outlaw child marriage, because the head of the “family values” group Family Action Council of Tennessee wanted to sue to try to overturn marriage equality using dubious legal chicanery. The effort did not succeed and thanks to the efforts of the “religious” right group, grown men can still marry 13-year-old girls in the state.