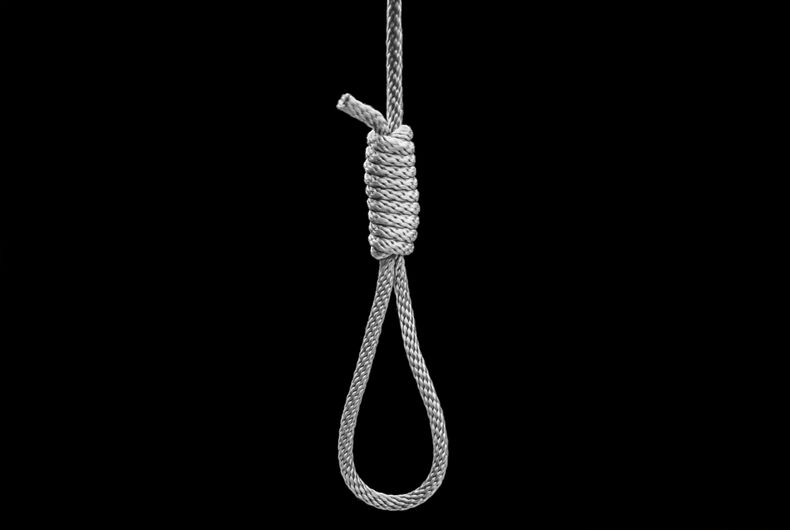 Proving once again that white evangelicals are no longer a religious group, but a political entity, one of the religious right’s most active organizations has announced they are lobbying against a proposed federal anti-lynching law.

Why? Because it includes LGBTQ people.

“The old saying is once that camel gets the nose in the tent, you can’t stop them from coming the rest of the way in,” Matt Staver, founder of the anti-LGBTQ hate group Liberty Counsel, told the far right outlet OneNewsNow. “And this would be the first time that you would have in federal law mentioning gender identity and sexual orientation as part of this anti-lynching bill.”

Related: Why has a ‘No Gays Allowed’ billboard gone up in Times Square?

“So far they’ve been unsuccessful over the many years in the past,” Staver observes, “but this is a way to slip it in under a so-called anti-lynching bill, and to then to sort of circle the wagon and then go for the juggler at some time in the future.”

The bill describes lynching as “the ultimate expression of racism in the United States.”

Staver says his organization is currently lobbying Congress members against the bill before it can pass the House of Representatives.

Liberty Counsel masquerades as a legal charity, but has been designated a hate group by the Southern Poverty Law Center. It has deep ties to other extremist religious right organizations.

The moment when the United States Senate agreed unanimously to make lynching a federal crime for the first time. History. pic.twitter.com/MtoI0Or0mg