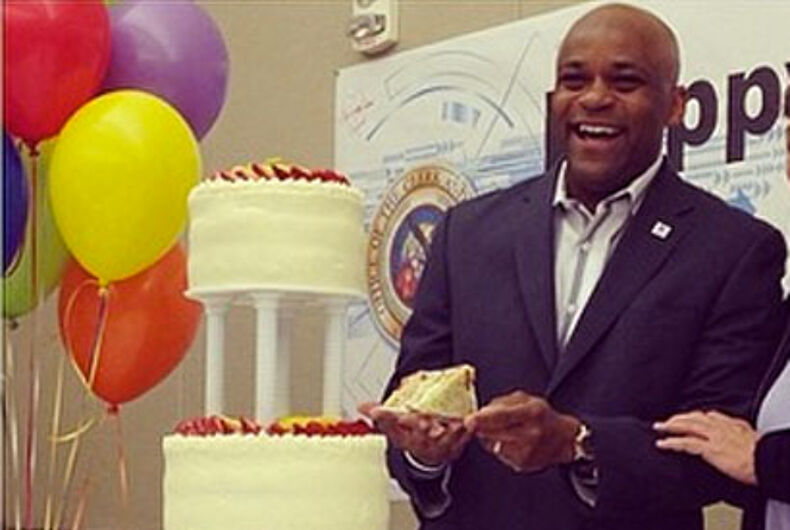 The city of Denver voted to ban conversion therapy for minors on Monday.

Just as the state of Colorado was getting its first gay governor, the Denver City Council was moving LGBTQ equality forward by banning conversion therapy.

Like other conversion therapy bans, this one focuses only on minors, and it only bans “state-licensed therapists” from the practice.

A news release from the city said that the ban, which was passed unanimously, “will protect LGBTQ+ youth from dangerous and discredited practices aimed at changing their sexual orientation or gender identity or expression.”

“Tonight’s vote to ban conversion therapy our city coming together and saying with one voice that we will never allow our LGBTQ+ youth to be the targets of these dubious practices, and that we are here to support them,” said Mayor Michael Hancock in a statement.

“Who they are is something to be celebrated, not maligned, and Denver will always be there to lift up our youth and ensure that they have the opportunity to grow up safe, happy and healthy.”

Shawna Kemppainen, executive director of the homeless youth organization Urban Peak, said that conversion therapy is “an egregious form of rejection of their child.

“That’s basically saying, ‘You are not OK. You must change. You’re not enough.'”

Fourteen states and D.C. currently have conversion therapy bans on the books, and Colorado may join them this year. The state legislature is expected to take up a bill addressing the issue this year.