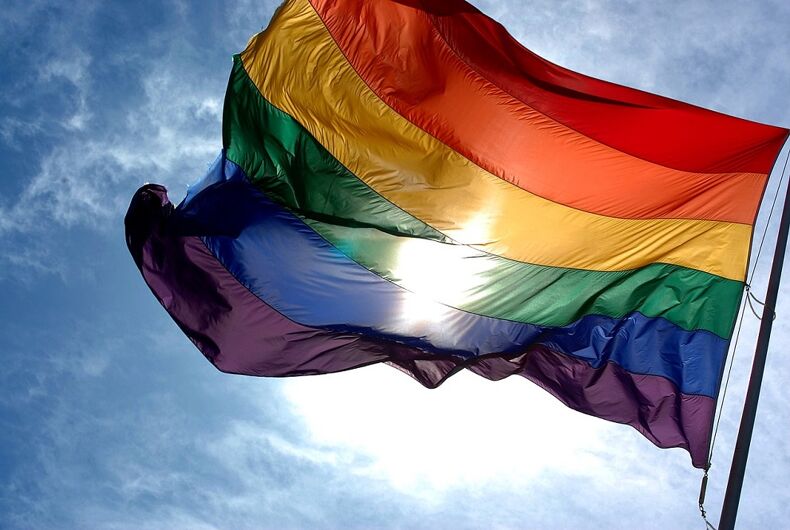 The pride march in Taipei, Taiwan, was the largest in Asia earlier today.

In May, 2017, Taiwan’s supreme court ruled that the country’s ban on same-sex marriage was unconstitutional and gave the legislature two years to implement the decision.

But President Tsai Ing-wen has not moved forward on marriage equality, to the disappointment of LGBTQ activists.

“If you make a promise as a politician, you have to follow through on it,” said Chi Chia-wei, whose lawsuit helped lead to the supreme court ruling. “If you don’t, you’re just playing politics; you’re a liar.”

Next month, 10 referendums will appear on the ballot alongside local elections. Two of the ballot questions are about marriage equality and another is about LGBTQ issues in schools, while conservatives succeeded in putting two questions on the ballot that could undo the supreme court decision.

“I support the referendums because marriage equality is a basic human right that nobody should be deprived of and gender equality education at school is crucial to prevent discrimination and bullying,” said Chen Yu-fang, 39, who attended the march with her two children.

The theme of the Taiwan LGBT Pride parade was “Tell Your Story, Vote for Equality.” Organizers told pride-goers to vote next month.

The results of the ballot initiatives could determine whether the legislature passes a marriage equality bill or a civil unions bill.

In the meantime, the votes on the full personhood of LGBTQ people in Taiwan are causing anxiety.