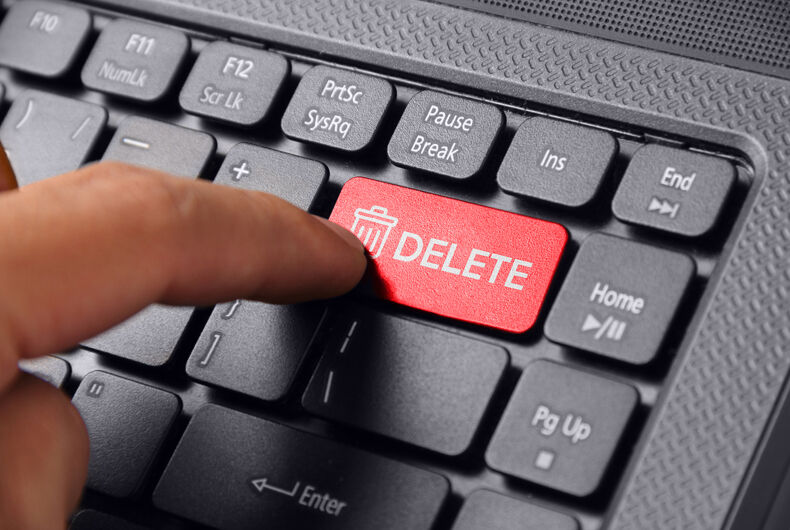 Two Democratic House members from New York are concerned that the disappearance of LGBTQ resources from the Small Business Administration website “may have been politically or ideologically motivated,” and they’re demanding answers.

SBA officials said that website revision is typical after a change in administration, but the LGBTQ information is still missing now that much of the site is updated.

“This is deeply troubling and renews our concern that this page’s removal may have been politically or ideologically motivated, rather than simply administrative,” the representatives wrote.

Other LGBTQ-related content has been removed from federal government websites since Trump took office.

As soon as Trump took office, any mention of issues like LGBTQ rights or climate change disappeared from the White House website, as press articles, blog posts, videos, and photos from the Obama administration were moved to a new domain.

The State Department scrubbed former Secretary of State John Kerry‘s apology to the community for the witch-hunts that cost up to 1,000 LGBTQ government employees their jobs.

Last fall, web pages about lesbian and bisexual women’s health quietly disappeared from a Department of Health and Human Services website. An HHS spokesperson said the information was “integrated into the relevant health topics pages across the website,” but the Sunlight Foundation reported that the content had not been restored or integrated.

The National LGBT Chamber of Commerce, the SBA’s official partner on LGBT outreach during the Obama administration, also called for the restoration of the SBA website’s LGBTQ content.