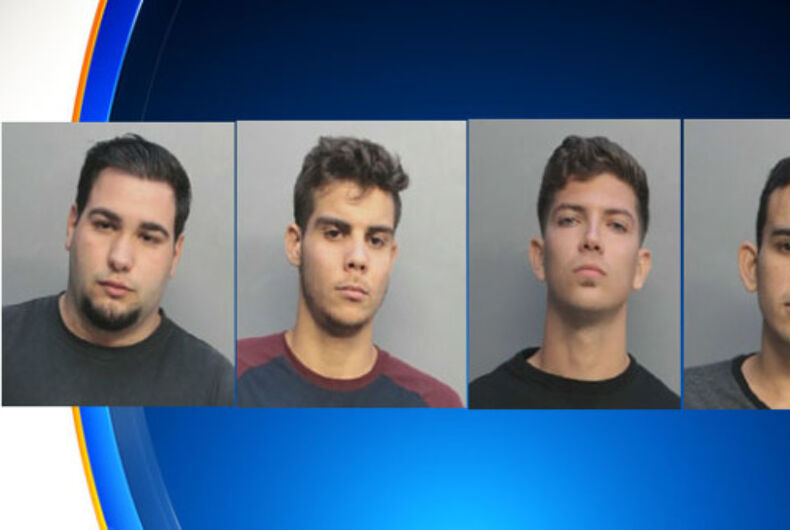 In April, four men went up to Rene Chalarca and Dimitri Lugonov while they were waiting to use the bathroom after the pride parade and beat them up.

The brutal and unprovoked attack was caught in a shocking video, and it left them with bruises and Rene had a broken facial bone.

Both victims had to go to the hospital. The men also attacked a bystander who stood up for the victims, who had to get stitches.

Juan C. Lopez, Adonis Diaz, Pablo Romo-Figueroa, and Luis Alonso-Piovet, all between the ages of 20 and 21, turned themselves in after the attack made headlines.

Charges for aggravated battery were filed by prosecutors with the State Attorney’s Hate Crimes Unit. The attackers shouted the word “maricones,” an anti-gay slur in Spanish, as they beat and kicked the victims.

Aggravated battery is a felony that carries a maximum penalty of 15 years in prison in Florida, but with hate crimes enhancements it can be punished with up to 30 years. The charging document says that the attackers targeted the victims because of their sexual orientation.

They are also being charged with felonies related to beating up the bystander.

In the month since the attack, Rene says that he lost his job and that the attackers “destroyed my life.”

The attackers have entered a plea of “not guilty.”