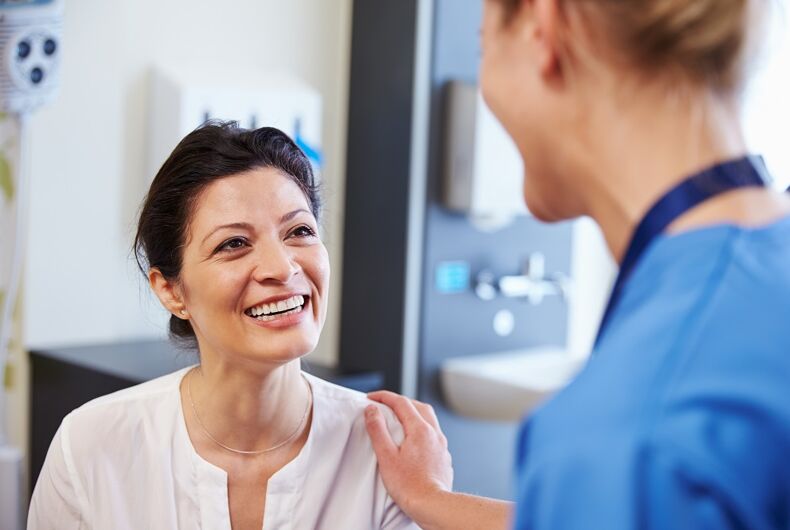 An organization devoted to online government accountability reports that webpages about lesbian and bisexual women’s health were quietly removed from a Department of Health and Human Services (HHS) website last fall.

HHS operates the popular website WomensHealth.gov, which provides health and wellness information for women on a wide variety of topics.

“The outdated lesbian and bisexual health pages were removed and the health content was integrated into the relevant health topics pages across the website,” an HHS spokesperson said at the time.

But the Sunlight Foundation says that the content has not been put back online and has not been “integrated” into other pages. It’s still just gone.

“We’ve seen nothing this targeted at one HHS site,” said Andrew Bergman of the Sunlight Foundation. “The removal of lesbian and bisexual health materials in particular, without advance notice and in a targeted way, raise concerns that they’ve targeted information for vulnerable populations.”

WomensHealth.gov has pages on over 100 specific topics related to women’s health, such as “National Women and Girls HIV/AIDS Awareness Day” and “Douching.” The page on lesbian and bisexual women, though, was one of only two pages about a specific demographic of women (the other is about African American women).

An archive of the page shows that it answered questions like “What does it mean to be a lesbian?” and “Are lesbian and bisexual women at risk of getting sexually transmitted infections (STIs)?” a topic that young women are dangerously under-informed about, studies have shown.

WomensHealth.gov is one of HHS’s most popular sites, beating other sites like Medicaid.gov and FoodSafety.gov.

Earlier this year, HHS announced the formation of a Division of Conscience and Religious Freedom to investigate claims from health care workers that they were forced to provide health care that went against their religious beliefs.

Andy Cohen says Trixie Mattel didn’t win because of her talent. But she did.

These women got married at a Walmart