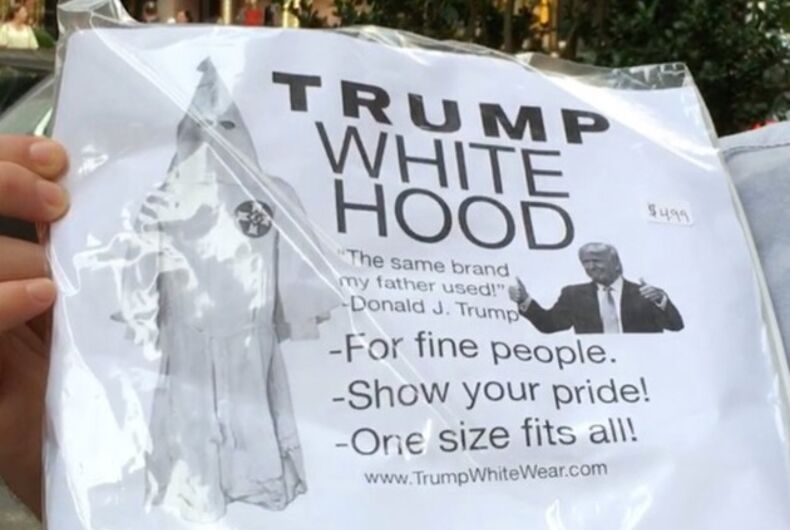 One of the few things you can count on with President Trump is he regularly makes up with confidants that he has exiled.

Corey Lewandowski was unceremoniously dumped as his campaign manager, only to meet with the President in the Oval Office last February. Anthony Scaramucci was canned after his profane rant to a reporter last summer, only to have rumors of his return surface last January. Trump fired Roger Stone from his campaign, but you’d never know it from the way Stone has Trump’s ear.

So it’s no surprise that Steve Bannon is trying to get himself back in Trump’s good graces after burning his bridges with the president in Michael Wolff’s book Fire and Fury.  Bannon is planning his comeback, which in light of Trump’s fickleness, is not an outlandish move. He’s already defending Trump’s tariffs as a way of getting back in the president’s good graces.

Bannon was the chief advocate for the alt-right viewpoint when he was in the White House. You could see his hand in Trump’s jawdropping comments about the “fine” people who happen to be violent white supremacists. The ham-fisted Muslim immigration ban, the push for funding a border wall, the end of the Dreamers program–all of these are part of Bannon’s legacy.

Bannon’s comments in Wolff’s book were injudicious to say the least. Calling the president’s son “treasonous” isn’t the way to ingratiate yourself. Bannon grovelled, but the damage was done. He lost his gig at Breitbart. Coming right after the defeat of Roy Moore, whom Bannon campaigned for, it looked like Bannon was done for.

Certainly the alt-right movement has seen better days. Milo Yiannopoulos, who served as the movement’s court jester, lost the financial support of his patrons, the Mercer family, and is now hawking kidney-cleansing vitamins.  The movement in general is riven by infighting. On top of that, Trump continues to take actions that drive the movement crazy, like the retaliatory bombing in Syria.

But there are also signs that should hearten the alt-right (and worry the rest of us). Chief among them is Trump’s decision to follow his own impulses and rid the White House of people who don’t share them.

The ouster of Secretary of State Rex Tillerson and National Security Advisor H.R. McMaster, along with the marginalization of Chief of Staff John Kelly are clear signs that Trump wants people around him who will do as he tells them, not who will tell him what he should do. The people who kept Trump’s worst impulses in check are either gone or as good as gone.

Trump’s impulses are exactly what made him the poster child for the alt-right. His vision of a country overrun by dark-skinned criminals and rapist immigrants is perfectly in line with the alt-right world view. With fewer restraints by staff, Trump could very well return to the heady days of his campaign–or even just last summer–when he sent all kinds of signals that he was comfortable with white nationalism.

Of course, the alt-right is really bad for LGBT rights. But even if the alt-right movement doesn’t stage a revival, its beliefs are already being incorporated into the mainstream conservative movement as part of the Trump takeover of the GOP. With Trump feeling unleashed, the obituaries for the alt-right may turn out to have been very premature.