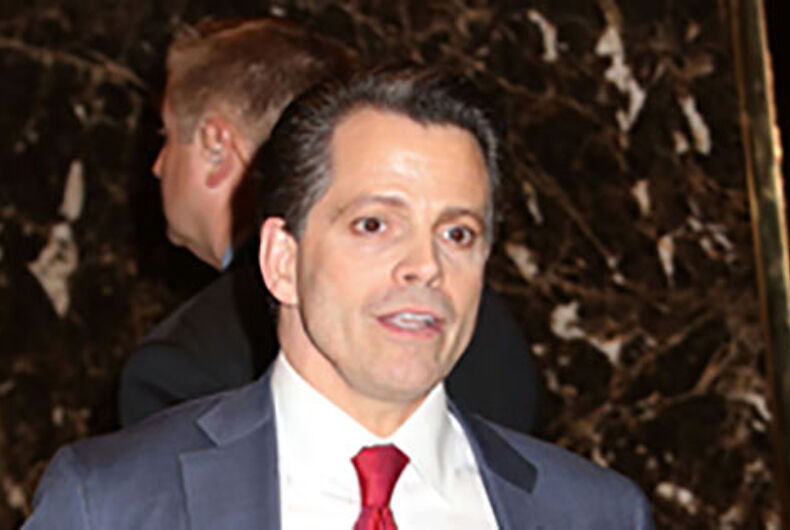 Potty-mouthed White House communications director Anthony Scaramucci — who was the subject of more sensational headlines than his boss in his ten days in the job — is out of a job, reported The New York Times.

The paper identified John Kelly, the retired marine corps general and former head of homeland security as responsible for his ouster. Kelly started Monday as Trump’s new chief of staff, and reportedly didn’t take kindly to Scaramucci’s boast that he did not report to Kelly’s predecessor, but to the president himself.

Scaramucci infamously quarreled with former chief of staff Reince Priebus before he was fired last week, bashing him and chief strategist Steve Bannon in a expletive-laced phone conversation with the New Yorker’s Ryan Lizza: “Reince is a fucking paranoid schizophrenic, a paranoiac,” Scaramucci said. “I’m not Steve Bannon, I’m not trying to suck my own cock.” Reports said Trump fired Preibus for not responding to Scaramucci’s taunts. Bannon likewise kept silent.

“He didn’t get the hint that I was reporting directly to the President.”

The Times said Kelly made it abundantly clear he was in charge now.

The paper said it was unclear whether Scaramucci will have any job in Trump’s White House or will leave altogether.

Scaramucci has had a tough ten days. He was at the president’s side last week when his estranged wife gave birth to his son. She recently filed for divorce.