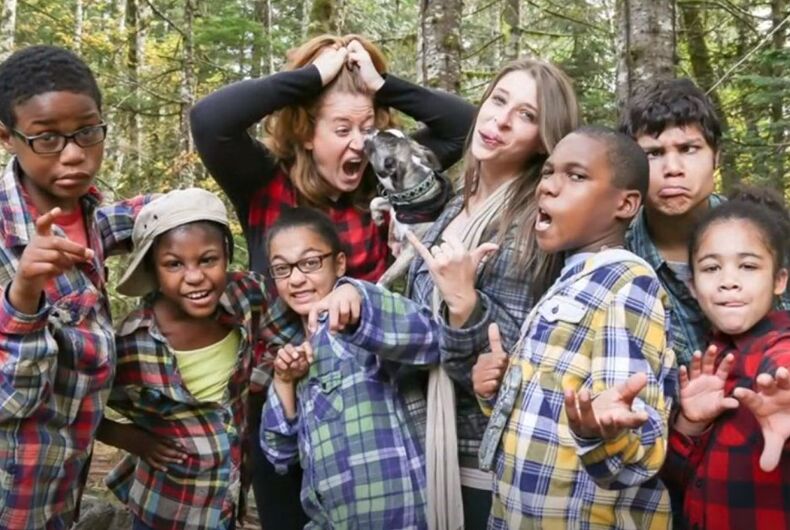 In March, an SUV was found in the Pacific Ocean off Mendocino County with the bodies of Sarah and Jennifer Hart and three of their six children.

Investigators grew suspicious that this was an accident because the highway was 70 feet from the edge of the cliff, there were no skid marks indicating that the driver tried to stop, the car’s computer showed that it accelerated until it went off the cliff, and the car didn’t go off the cliff at an angle.

The bodies of Jennifer and Sarah were found in the car with three of the children’s bodies. The other three children are presumed dead, and another body was found near the the car in the ocean but has not yet been identified.

Now a toxicology report shows that Jennifer, the driver, had a blood alcohol level of 0.10, just over California’s limit of 0.08.

The medical examiner also found that Sarah, in the passenger seat, and two of the three children whose bodies were found in the car tested positive for diphenhydramine, the active ingredient in Benadryl, which causes drowsiness. The test was inconclusive for the third child.

The report comes as more stories of abusive behavior have come out.

In 2008, a Hart daughter showed up to her Minnesota elementary school with bruises and said that Jennifer had beat her with a belt. When police investigated, Jennifer and Sarah said the girl fell down the stairs.

The daughter was also stealing food at school and eating things from the trash, and the mothers told the police that she had “food issues.”

The three oldest children were all pulled out of public schools a couple months later.

The next year, they were enrolled in a different elementary school in the same area, and yet another school the year after.

In that third school, another daughter showed up to school with “owies,” which ultimately led to Sarah pleading guilty to domestic assault. Several weeks later, the kids were all pulled out of school and home schooled, records show.

The family moved to Oregon, where a family friend said she “witnessed what I felt to be controlling emotional abuse and cruel punishment.” The Oregon Department of Human Services talked to each of the six children, but records show that they did not have enough evidence to pursue charges.

But the family moved again, this time to Washington state.

Neighbors in Washington told Child Protective Services that they were surprised that there were six Hart children since they never went outside.

“When you see families that are going to great extremes to keep their kids out of view, that’s a red flag,” said David Finkelhor, the director of the Crimes Against Children Research Center.

Last November, a neighbor called 911 when one of the Hart daughters jumped out a second floor window at 2 a.m. and ran to his and his daughter’s home and asked them to protect her.

She told the neighbors that “her moms were racist and were abusing her,” and that she was whipped with belts.

“Then she (the parent) had all four of the kids come back later and say everything was okay, and they were all standing at attention, like they were all scared to death,” the man told authorities. “And I think there’s something very serious going on there.”

The daughter was also missing two teeth, and her mothers said that she had fallen and knocked them out.

Several weeks before the family disappeared, 15-year-old son Devonte started going to his neighbors’ house, asking for food like bread and tortillas. He asked the neighbors to leave food in a box where his mothers couldn’t see it, and said that the parents were denying the kids food as a punishment.

The neighbor told CPS that Devonte’s body was “tinier than his head,” but that he asked them not to call the police because he was worried that his brothers and sisters would get separated.

The Friday before the Harts disappeared, the neighbors had called the authorities. CPS sent someone to the house, but no one answered the door.

Their car was gone on Saturday and the car was found in the Pacific Ocean on Monday. The next time CPS visited, the card was gone.

Investigators are still piecing together the timeline of the family’s last few days. Based on cell phone tower data, they drove 450 miles down the Pacific coast on Saturday, March 24.

They then spent around 24 hours at Fort Bragg in Mendocino County. On Sunday morning, a security camera at a convenience store shows that Jennifer bought fruit.

On Sunday evening, they drove to – and off – a nearby cliff. Sheriff Tom Allman said that there is currently no evidence of a struggle between Sarah and Jennifer.

Those who can do extremely well, teach

Will the alt-right really make a comeback in the White House?