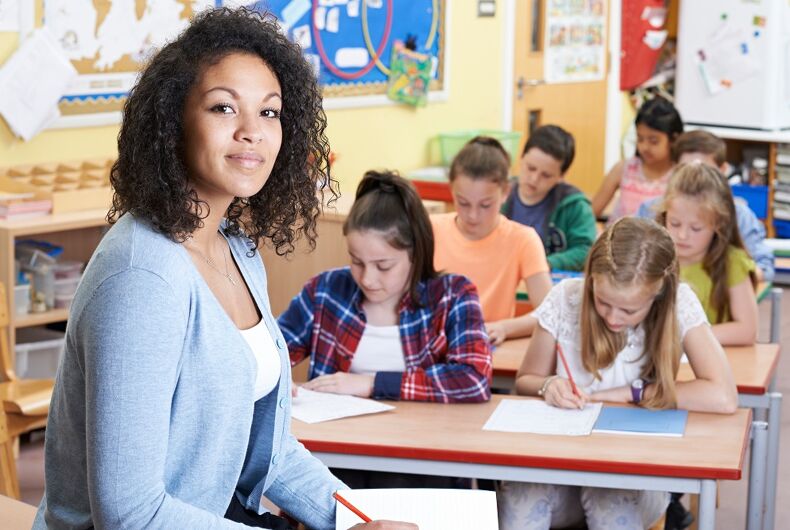 This is the case even though they must undergo extensive training, continually update and enhance their pedagogical skills and background knowledge in their respective disciplines, manage the ever-increasing bureaucratic procedures and assessments, and deal somehow with the increasing violence in schools and in the larger society.

Any good teacher knows that taking role for ever-increasing student populations, facilitating classroom discussions on wide-ranging topics, and assigning and grading papers and examinations are far from the full-measure of their actual responsibilities. Most serve as parents for students away from home, as counselors, as conflict mediators, while offering a kind shoulder on which to cry.

The day of the educator begins far before they arrive at school and extends long after the final bell. They prepare for classes, grade assignments, attend seemingly endless meetings and in-service training, read and memorize the newest state standards and updated curricular mandates, attend professional conferences, meet with parents and guardians, confer with administrators and colleagues, mentor student teachers and school volunteer aids, arrange for child care, put off purchasing items for themselves in order to buy essential resources for their classrooms, which fall outside the school budget.

During school vacations, they attempt to catch up on needed sleep, but they also must often grade papers, prepare or update lessons, complete the endless bureaucratic paperwork, and on and on. And now, the National Rifle Association and even the President of the United States are asking them to consider taking up arms to protect their students if school shooters enter their buildings.

Quite frankly, our nation requires the impossible from our dedicated educations, of far too much for far too little. We ask them to fill in all the gaps, to fix the problems in students’ homes and communities, to function to the highest level within our increasingly dysfunctional society. And they are stretched to the point of breaking. Love and commitment to a profession can take educators only so far.

With their proud and determined supporters, they are standing up, speaking up, walking out, and demanding the respect they truly deserve. Throughout the nation, from Arizona, to West Virginia, to Kentucky and beyond, they are asking not only for greater benefits and higher wages – living wages in which they will no longer have to take on second and even third jobs to support themselves and their families – but also appropriate funding for basic classroom resources such as updated text books, paper, and even pencils.

Like any movement for progressive social change, however, the backlash has often come as mean spirited allegations and attacks. Kentucky Governor Matt Bevins, for example, accused teachers of placing students at considerable risk over their recent walkout resulting in school closures, and their protest at the state Capitol.

“I guarantee you somewhere in Kentucky today a child was sexually assaulted that was left at home because there was nobody there to watch them,” warned the Republican governor. “I guarantee you somewhere today, a child was physically harmed or ingested poison because they were home alone because a single parent didn’t have any money to take care of them.” He went on to charge that “some were introduced to drugs for the first time because they were vulnerable and left alone.”

The governor, in his classic slanderous demonizing strategy, failed to mention his past vetoes of legislative budget and revenue bills that would have increased funding to the state’s public schools.

But the backlash and lowered respect of our teachers and their noble profession comes in other forms as well.

Serving in my capacity as a tenured professor in a university Department of Education, an irate parent of a student in my Educational Psychology course called to complain. “I sent my son to college to major in Business,” he asserted. With obvious disgust in his voice, this father shouted: “I didn’t send my son to college to be a teacher!” And unfortunately, this parent represents much of our larger society’s disrespect.

We as a nation have a responsibility to our youth and to the amazingly talented and vital heroes committed to their education. The time has long since past when we must arm educators with higher sustainable salaries and benefits packages, in addition to fully resourced schools, rather than with firearms.

To rewrite the old expression:

Those who can, DO,

Those who can do and share what they do, TEACH!