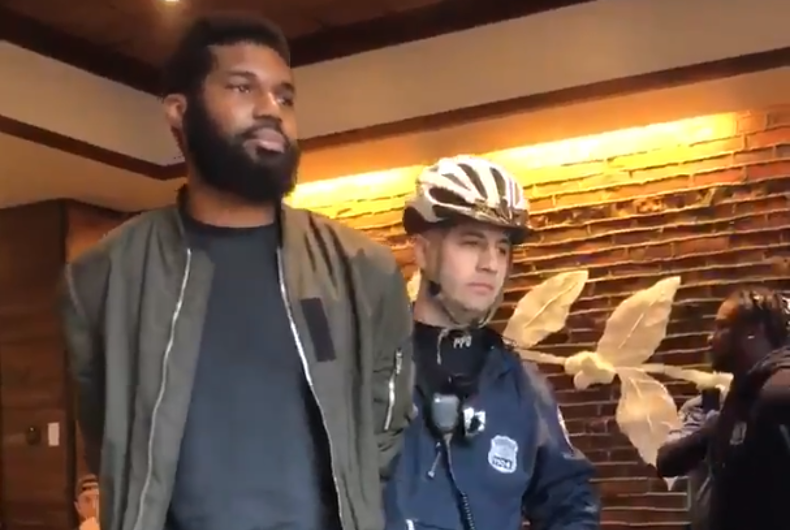 The list of things you can’t do while black — at least not without being shot at or arrested — just got longer.

Brennan Walker just wanted to get to school. The 14-year-old in Rochester Hills, Michigan, missed his bus and was trying to walk to Rochester High School. Without his phone, he knocked on a resident’s door to ask for directions.

That’s when the shooting started.

When Walker knocked on the door of retired firefighter Jeffrey Zeigler, he didn’t even get a chance to speak before Zeigler’s wife started yelling “Why are you trying to break into my house?” That’s when Ziegler came down the stairs with a gun and started shooting.

Just like that, being late for school was no longer Walker’s problem. He was running for his life, having just committed the apparent crime of “asking for directions while black.”

All the Zeigler’s needed to see was a black face, and knocking on a door became “breaking in,” a justification for a “shoot first and ask questions later.”

Zeigler was arraigned on assault with intent to murder and felony firearm and currently resides in the local jail. The charge makes it clear how Walker very nearly paid with his life for stopping to ask for directions.

Meanwhile, in Philadelphia, two black men were arrested for waiting to meet a friend in Starbucks. That’s it. That’s all they were doing, “waiting while black.”

The two men, black real estate agents, were waiting to meet a friend at a neighborhood Starbucks — something millions of us probably do on any given day.

The difference is, they were two black men, and the manager was concerned that they hadn’t ordered anything yet. So the police were called, and the men ultimately arrested for “trespassing.”

The friend they were waiting for showed up as the men were cuffed and escorted out of the coffee shop.

The incident came to light when coffee drinker Melissa DePino captured and tweeted a video of the arrest.

@Starbucks The police were called because these men hadn’t ordered anything. They were waiting for a friend to show up, who did as they were taken out in handcuffs for doing nothing. All the other white ppl are wondering why it’s never happened to us when we do the same thing. pic.twitter.com/0U4Pzs55Ci

Starbucks declined to press charges, and the men were later released. The company apologized for the incident via Twitter, and CEO Kevin R. Johnson issued a statement calling the arrest a “reprehensible outcome,” and pledged to “make any necessary changes to our practices that would help prevent such an occurrence from ever happening again.”

While Starbucks’ response is somewhat reassuring, the change necessary to prevent things like this is bigger than even Starbucks can manage. Until people no longer think “Danger! Does not belong!” upon seeing a black or brown face, the results of just leaving your house while black will continue to range from inconvenient to life-threatening.

Those who can do extremely well, teach