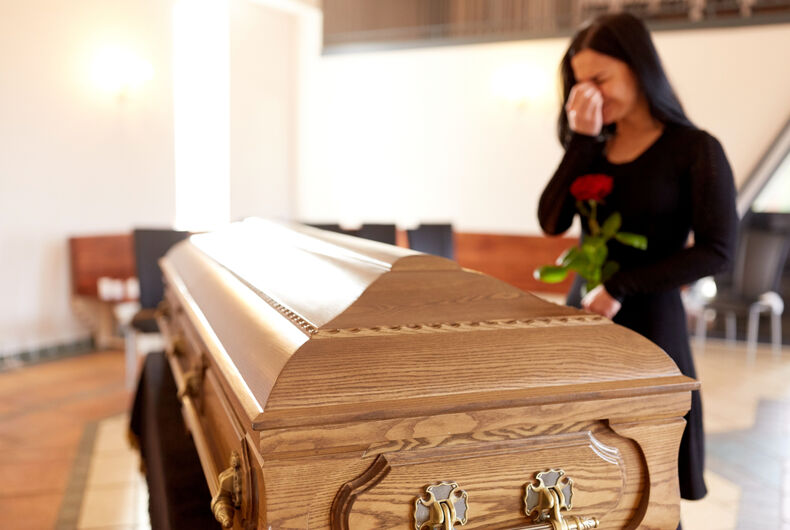 The 20th of November was the Transgender Day of Remembrance, a day that was set aside nearly two decades ago to remember the victims of anti-transgender violence and hatred. I want to take a moment, as founder of this day, and explain in some detail what this means.

No, I don’t mean answering, once again, how the event got started, as a reaction to two murders in Massachusetts and a need on my part to speak out against what seems to be an epidemic of cruelty and death. I think that has been well covered before.

Rather, I want to address something that many have questioned: just who is included when one is counting up all these names?

When I started the Transgender Day of Remembrance, I was very specific in some definitions. Rather than simply being an event to honor dead transgender people, I was specifically addressing people — transgender-identified or otherwise — who were killed due to anti-transgender violence. I’ve long held that this is an important distinction.

So why do I opt to look at anti-transgender murders, rather than the murder of transgender-identified people? It would seem on the surface that these are exactly the same thing — and in many cases that’s correct. Unfortunately, not all anti-trans murders are of trans people, and this is the sticking point.

Consider Roy A. Jones, who was 17 months old at the time of their death in 2010. Jones was killed because their babysitter, Pedro Jones (no relation), thought the infant was “acting like a girl.” Jones was way too young to self-identify as trans, but the killing surely fits as an anti-transgender murder.

The same can be said about the 2001 murder of Willie Houston, who was neither trans nor gay identified. At the time of his death, Houston was holding his wife’s purse while she went to the restroom, and escorting a blind friend by walking arm in arm with him. His killers perceived Houston as being gender nonconforming, and presumably gay or transgender – regardless of his chosen identity.

This same discrepancy has come up this year, surrounding the death of Imer Eliu Alvarado. Alvarado was killed May 17 in Fresno, California. Alvarado did not identify as transgender, but as a gay man. At the time of his death, however, according to the local ABC affiliate, Alvarado was dressed in drag. It is likely what caused the altercation that led to his death.

By the same token, the September murder of San Francisco DJ, artist, and activist Anthony “Bubbles” Torres in the Tenderloin is similarly complicated. Torres also did not identify as transgender – but created a female persona some 20 years ago. As Bubbles, he was a flamboyant figure in the local scene. When he was killed, the initial reports called him a transgender woman.

I would not call either Alvarado or Torres transgender. They did not choose to identify with the term, and I think it wise to respect that. But we can look at their killings as being, at least potentially, anti-transgender murders. Their appearance at the time of their deaths may indeed have been a contributing factor in their murders.

There’s another thing to consider in all this.

A question was raised by a friend of mine recently: if a person who was bigoted against transgender people, but who was also known for cross-gender performance — the example she gave was RuPaul, but I’m sure there are others this could apply to — was murdered, would this death be included in the Transgender Day of Remembrance?

Once again, if RuPaul — or anyone — died in an anti-transgender murder, then yes, he would be considered appropriate to include during the Transgender Day of Remembrance. Again, we know that RuPaul does not identify as transgender — indeed, there has been more than a little hostility between the transgender community and RuPaul — but again, this is not about one’s self-identity. It is about people of any identity who were killed in an anti-transgender attack. The onus is on the killers, not the victims, for these murders.

The Transgender Day of Remembrance is not a popularity contest. We don’t get to pick and choose who is included whether or not we like a particular person or their viewpoints. I personally would hate to include, say, Rudy Giuliani, who did dress up as “Rudina” more than once, but if he opted to reprise his role some day, and ended up knifed backstage in an obviously anti-transgender murder, he too would be included.

Of course, this doesn’t mean that RuPaul or Rudy Giuliani is exonerated for bigoted statements or actions towards transgender people. People should be held accountable when necessary. Nor does it mean that, in life or death, we ascribe an identity term to anyone.

Again, it is anti-transgender violence, not the death of transgender-identified people. It may seem a small point, but it is important.

A harder question, though, is what constitutes an anti-transgender murder.

Many are obvious. There was little question, for example in the Gwen Amber Rose Araujo murder in October of 2002. Her killers very deliberately killed her once they confirmed that she was transgender, taking hours to brutally beat and strangling her before depositing her body in a shallow grave one hundred and fifty miles from the scene of the crime. Anti-transgender animus is clear.

Likewise, we can look at the murder of Ally Lee Steinfeld this last September in Missouri as another example. While the details are not yet entirely clear, we know that her killers stabbed her multiple times — including stabbing her genitals, gouging out her eyes, and then attempting to conceal the crime by burning her body and hiding some of her bones in a chicken coop. The details sound very similar to other anti-transgender murder cases.

Then there’s a case like the murder of Ava Le’Ray Barrin, a 17-year-old trans woman allegedly shot and killed by Jalen Breon Brown on June 25 in Athens, Georgia. Barrin and Brown were both acquaintances, and both were trans-identified. It does not appear to have been an anti-transgender murder, but some other form of personal dispute between the two. This would not really apply, as it is not a case of anti-transgender violence, per se.

The death of Kiwi Herring was at the hands of the St. Louis police is one that, on the surface, may seem to not fit as anti-transgender violence. Herring, an African-American transgender woman, had a dispute with a neighbor that turned into an altercation. The police were called to the scene, where they say Herring brandished a knife and cut one of the officers. They then shot her to death.

I’m wary of adopting police narratives as of late, particularly out of the St. Louis area, and even more when it involves a black victim. With all the research I’ve done on this particular case, I find I am simply unsure – but I am more likely to err on Herring’s side, at least until I learn more.

What’s more, the reason the police were called was, as I mentioned, due to a neighbor dispute. That neighbor apparently did not like Herring, and one of the reasons why was due to her transgender status. As such, I’m willing to include such a case, even if it’s not fully clear if those who pulled the trigger did so because they disliked transgender people: someone else did, and this played a part in this murder.

One more thing: when you comb through every case — and especially, I think, as a trans person — it’s all very personal. You don’t want to ignore any murder, and may be tempted to force the narrative. This make it all the more important to be careful, and stick to a given methodology.

Ultimately, I think it is important to bear this one fact in mind: regardless of the specifics of any given case, when one looks at the data collected and sorted over the last couple decades, one discovers that a person is killed due to anti-transgender violence every two weeks in the United States of America.

When one expands this to a worldwide sample, you see such a murder, on average, every day and a half. We are still at appalling levels of violence. Let’s not forget this, particularly in an era where the rights of transgender people are threatened more than they have been since the 1930s.

Oh, and one final thing: even though I have laid out my rationale above, if you feel it important to include an additional case that doesn’t exactly fit when honoring those we’ve lost, please do not let me stand in your way. It is not my place to tell you who, or how, you should grieve, and my own rebellious streak appreciates it.