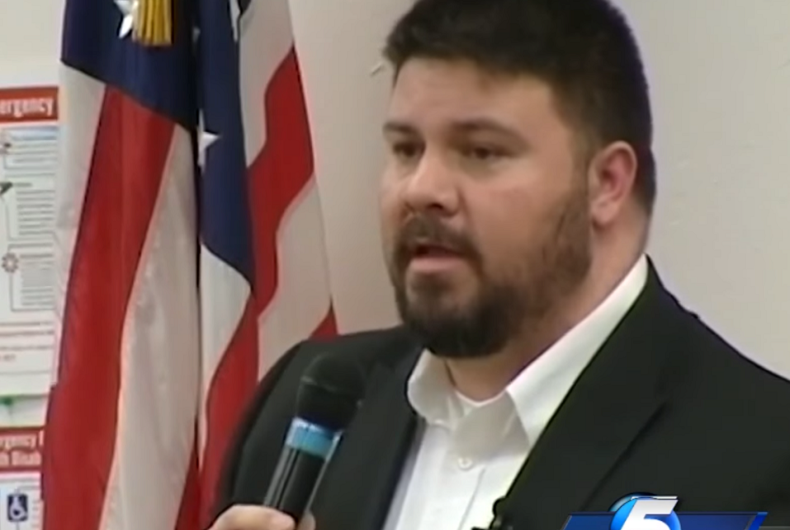 Last week, early Trump supporter and Oklahoma state senator Ralph Shortey, 35, pled guilty to child sex trafficking after he was caught with a 17-year-old sex worker in a hotel room.

Shortey asked the judge to be released pending sentencing. His lawyer Eric Blau said that Shortey wasn’t a flight risk, and that it would be beneficial for Shortey to help his wife with their four home-schooled children.

The judge denied the request.

Blau said that he’s “not surprised” that the judge denied a child sex trafficker’s request to spend more time with children. “The standards are so unbelievably high for somebody to remain on bond after pleading guilty to a charge such as this,” he told Oklahoma News 4.

Police found Shortey with the teen at a Super 8 Hotel near Oklahoma City in March. They found text messages in which Shortey called the teen “baby boy” and promised him money for “sex stuff.”

In exchange for his guilty plea, prosecutors dropped several child pornography charges. He faces a minimum of ten years in prison but could be sentenced to life.

Shortey was a far-right extremist when in the state senate and voted in favor of legislation that would have made it legal for businesses to discriminate on the basis of sexual orientation.

Before his arrest, he was best known for proposing legislation to ban the human consumption of aborted fetuses.