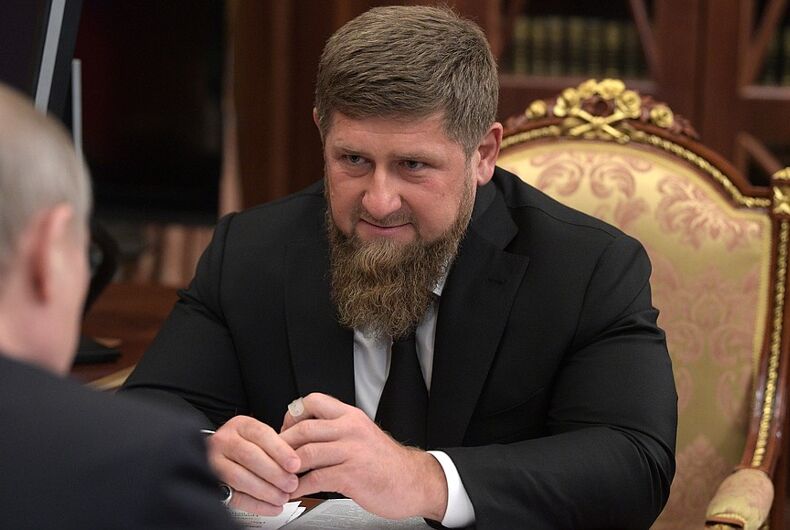 Ramzan Kadyrov, the leader of Chechnya, and four others, all Russians, have been sanctioned by the U.S. Treasury Department for suspected human rights abuses. Bank assets held in the U.S. will be frozen and entry into the United States will be blocked.

Chechnya is in the midst of a reported purge on LGBTQ people, where dozens have been rounded up, detained, abused, interrogated, and in some cases killed.

The actions were sanctioned under a 2012 law, known as the Magnitsky Act, intended to punish Russian officials linked to the death of Russian whistle-blower Sergei Magnitsky, who uncovered a $230 million tax fraud scheme that involved President Vladimir Putin and his closest allies.

Donald Trump, Jr. met with a Russian lawyer during the U.S. presidential campaign to discuss the law and how sanctions might be eased against Russia. The meeting has come up as part of the investigation into Trump administration and Russian connections.

Russian President Vladimir Putin and Kadyrov are allies, with Putin asking him to run for re-election after he said he wanted to quit. Both Putin and Kadyrov have denied the allegations of a purge. Meanwhile, countries like France, Lithuania, and Germany are taking in refugees. The United States continues to fail to follow suit.

The sanctions, announced on Wednesday, will take effect on Thursday, after a notice is published in the Federal Register.

“We will continue to use the Magnitsky Act to aggressively target gross violators of human rights in Russia, including individuals responsible for extrajudicial killings, torture, and other despicable acts,” said the director of Treasury’s Office of Foreign Asset Control, John Smith, in a statement.

“Sanctioning those responsible for the horrendous anti-LGBTQ persecution in Chechnya, including Ramzan Kadyrov, is a step towards holding human rights abusers accountable for their atrocities and was a needed action to show that human rights must be prioritized above the personal politics of this administration,” said Sarah Kate Ellis, President and CEO of GLAAD. “We cannot stop here as we face a growing epidemic of anti-LGBTQ violence and discrimination around the world that must be swiftly and fully addressed.”