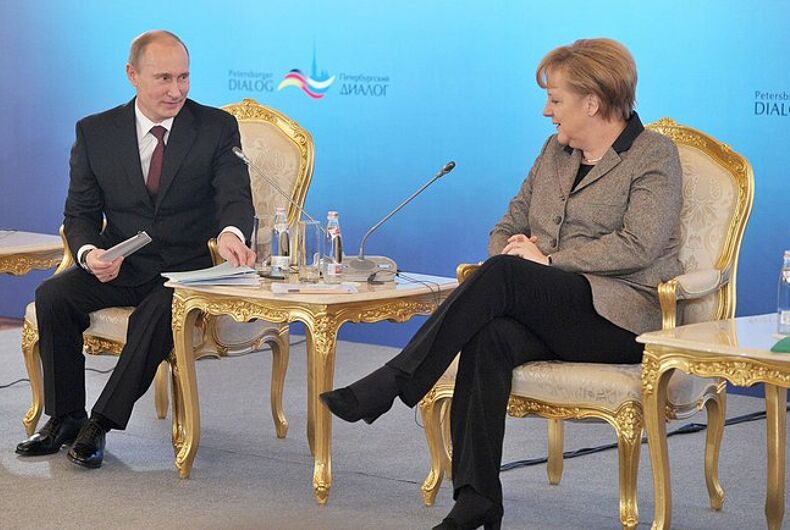 The first gay Chechen to get such a visa arrived in Germany on Tuesday, and four other applications for the visas are currently being reviewed.

LGBT activists in Germany have been pushing for the move ever since the Russian newspaper Novaya Gazeta revealed that around a hundred gay and bisexual men in Chechnya, a federal subject of Russia, were being held in secret detention centers. In the ensuing weeks, more reporting showed that homophobic repression was rampant in the country.

Both France and Lithuania have granted asylum to gay and bisexual men in Chechnya. There have been reports that the US is denying those applications.

Last month, during a meeting with Putin, German Chancellor Angela Merkel pressed him to do more to fight anti-gay violence in Chechnya.

5 ways to avoid burnout while resisting the Trump agenda