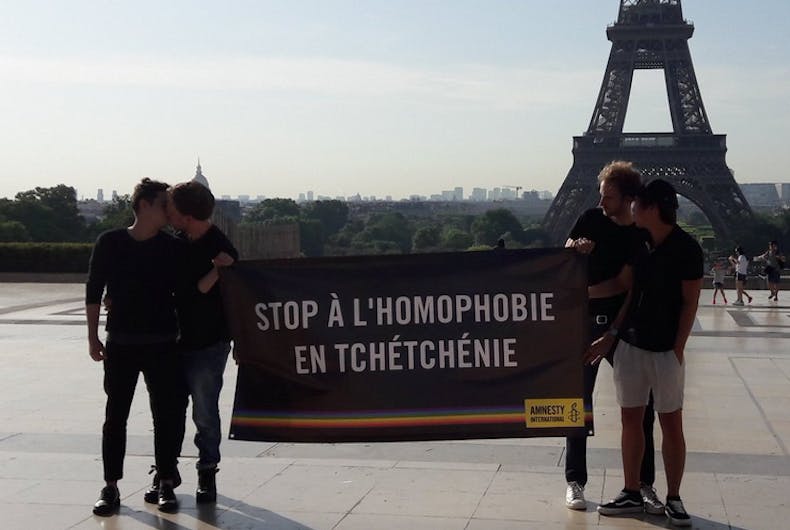 “The first gay Chechen refugee arrived on French land,” Joël Deumier said on the radio station FranceInfo. “So France has started to welcome Chechen refugees. This is going to continue.”

He went on to say that SOS Homophobie helped with the refugee’s application and provided testimony that he was oppressed because of his sexuality.

In April, the Russian newspaper Novaya Gazeta revealed that around a hundred gay and bisexual men in Chechnya, a federal subject of Russia, were being held in secret detention centers. In the ensuing weeks, more reporting showed that homophobic repression was rampant in the country.

Deumier was not satisfied with that response. “Mr. Putin has said that he has started an investigation, that it is not true, that there is no violence or murder of gay people. That’s completely false. We have concrete proof. We can no longer accept this discourse of denial from Russia against gay people,” he said.

He also pointed out that the refugee arrived during Putin’s first meeting with France’s president Emmanuel Macron. Macron also brought up the violence in Chechnya, saying that he would be “constantly vigilant” on the issue. Protestors outside the meeting in Versailles and in Paris held signs that said, “Stop homophobia in Chechnya.”

Several weeks ago, a Russian LGBT activist said that the US was denying gay Chechen refugees visas.

Gay issues discussed at meeting of France and Russia’s leaders