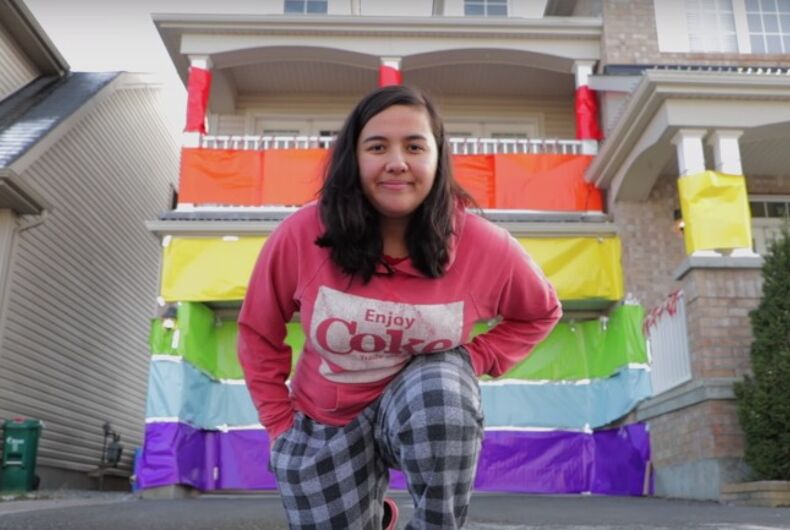 YouTuber Elle Mills has come out as bisexual.Photo: YouTube/Elle Mills

“I get one question asked more than anything,” YouTube star Elle Mills says, staring into the camera.

Cut to: A montage of questions about her sexual orientation.

Mills decided to answer those questions in a video, how else? She takes the viewer on a journey filled with humor, honesty, and an emotional roller-coaster, presented with the style that has helped gain the YouTuber a huge following.

Her coming out video already has over a half million views and counting.

She admits that it was difficult deciding to come out as bisexual, especially to her family.

“I’m a little scared,” she says through tears at one point in the video. “Growing up, there’s always been like a negative undertone about the LGBTQ+ community. I’m scared that my relationships with the people in my life right now are going to be different, and people are going to look at me differently.”

Still, she says the weight of living in the closet had grown to be too much.

So come out she does, and in truly epic fashion. First, with a clever coloring session to friends, and then to her family by wrapping the house in rainbow colors.

And how does her family take the news? You’ll have to watch to find out.

She has thanked fans for their support on Twitter.

thank you and you’re welcome pic.twitter.com/EisRR3fjyn