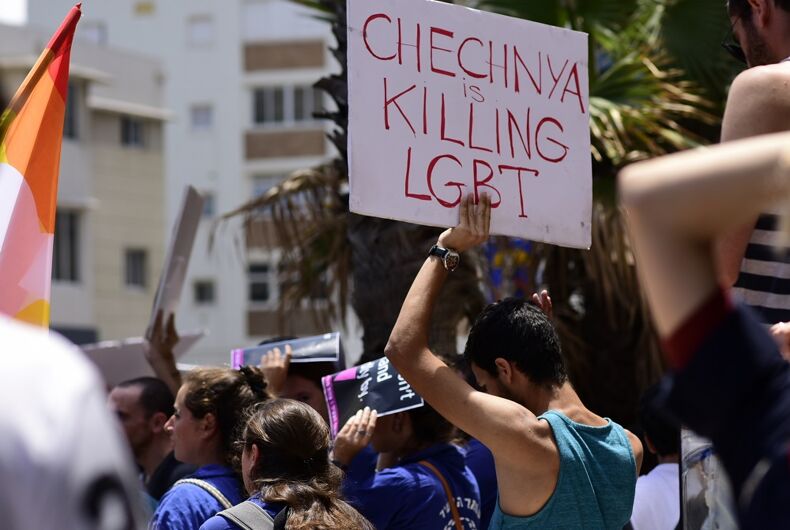 A transgender woman who escaped abuse in Chechnya and found asylum in America is speaking truth to power in Washington in hopes of helping others, even if it means putting herself at risk all over again.

Leyla tells The Washington Post that when she was smuggled into America, over the Mexican border, she uttered the only English word she knew, “Asylum.”

Abuses against gay and bisexual men in Chechnya has made international headlines since April, when a Russian newspaper broke the news of what appeared to be a government sponsored purge. The details of detainment in makeshift prisons, interrogations, beatings, and even killings moved world leaders to speak out.

Little has been said of what life is like for transgender individuals in the region, led by Ramzan Kadyrov, who rules over the Muslim-majority subject of Russia with an iron fist. Kadyrov has denied the existence of gay people in Chechnya, arguing that they should be sent to Canada if such people exist, to “purify our blood.”

Leyla faced abuse as well, harassed and attacked more than once, including a time when she was stabbed and left for dead in Moscow.

On Thursday, Leyla was granted asylum due to the risk she faces back home, but not all find such a happy ending.

Russian activists have said that, while the administration has condemned the reported violence, the United States has not been granting visas to those seeking asylum.

President Donald Trump has also not gone as far as other world leaders in denouncing violence against LGBTQ people and demanding Russian President Vladimir Putin investigate the claims thoroughly, like German Chancellor Angela Merkel did when she met with him in back in May.

Leyla wants to make sure the situation in Chechnya isn’t forgotten by lawmakers, so she and a group of activists went to Washington, D.C. in June to visit the White House, the State Department, and Congress to give their accounts of the persecution of LGBTQ Chechens.

She shared her story, even though she knew it could put her life at risk, as well as the lives of her family members back home.

A State Department spokesman said that the United States would “continue to raise our concerns about this situation with Russian authorities” and that Secretary of State Rex Tillerson had written a letter to Russian Foreign Minister Sergei Lavrov about it, The Post reports.

Leyla is hoping for more from her new home country, but either way she is grateful to be here.

“I am very thankful for this one year and three months in the United States, as it made me feel like a human being,” she said. “A human being who has rights — and the power to change something.”

Walmart guilty of discriminating against another transgender woman