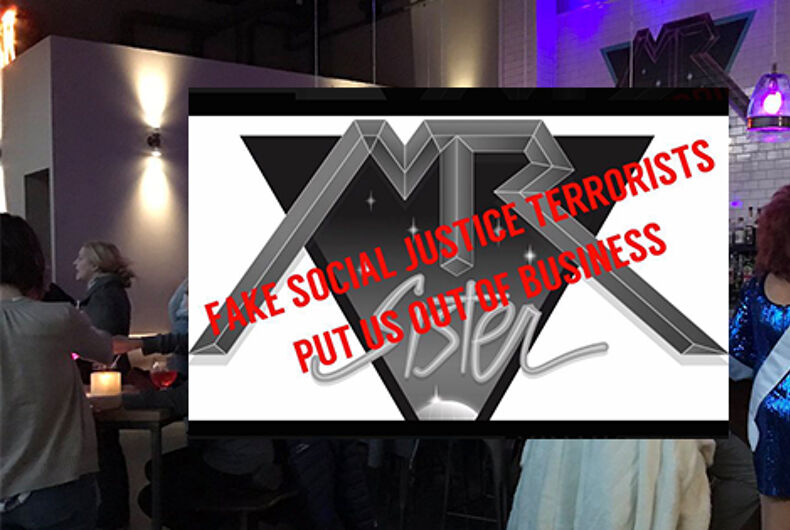 The bar's website features an image claiming it was closed by "fake social justice warriors."Photo: Twitter/thebridgeclubvt.com

A gay bar that opened in Winooski, Vermont, under the controversial name Mister Sister, which some in the community felt was transphobic, has closed its doors just about five months after opening.

Owner Craig McGaughan changed the name to The Bridge Club last month, due to the reaction against the original.

Two board members at the Pride Center of Vermont resigned when the organization failed to immediately denounce the bar’s name. Shortly thereafter, the Pride Center did just that, saying the name should be changed.

On the bar’s website, the message is wrenched up a notch, with the claim “FAKE SOCIAL JUSTICE TERRORISTS PUT US OUT OF BUSINESS” written in all capital letters across an image of the bar’s former logo, which includes the old name.

We have reached out to McGaughan for comment and will update this story if he responds to our request.

He made a statement on Facebook when the controversy first erupted, defending his choice of the name Mister Sister for his establishment.

“My interpretation of Mister Sister is one of inclusiveness. It is a term that has been used among gays and Drag Queens for decades intended to be positively gender-bending,” he wrote at the time.