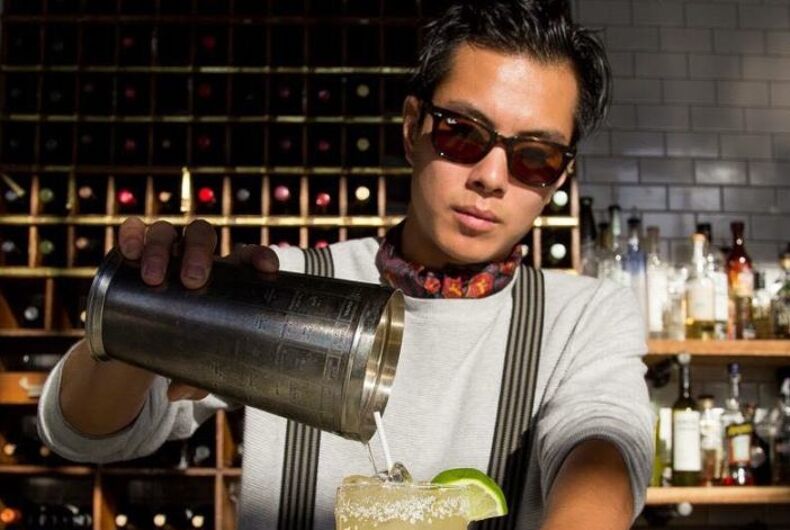 The bar is in the space previously occupied by Oak45, a straight bar whose Facebook page is full of photos like this.Photo: Facebook/Oak45

A bar called “Mister Sister” announced that it would be changing its name as a result of responses from transgender people.

Earlier this year, a new LGBT bar announced that it would open in the Burlington, Vermont, area. The bar was the first LGBT establishment in the area in over 10 years.

The name of the bar, Mister Sister, drew criticism as some said it was a slur used against transgender women.

Bar owner Craig McGaughan stood by the name, posting to Facebook that it is meant to be “inclusive.” “My interpretation of Mister Sister is one of inclusiveness. It is a term that has been used among gays and Drag Queens for decades intended to be positively gender-bending.”

The uproar led to two members of the board of the Pride Center of Vermont to resign in protest of the Center not taking a stand on the name. “I could no longer be part of an organization that wouldn’t take a stance against hate speech directed at the community members it was claiming to support,” board member Bailey Cummings told the Burlington Free Press.

Now McGaughan has decided to change the name and apologized, saying that a trans woman showed him how the controversy was being used to stir up hatred towards transgender people. “A trans woman wrote me a kind letter and explained that the problem here is much bigger than myself or the name of the bar. She sent me link to many messages from folks claiming to support MS using public forums to create hate toward the trans community. I am a trans ally and when faced with the fact that this issue has created a platform for trans people to be blatantly abused, I had to act.”

The bar will be called “The Bridge Club,” a reference to the Winooski Bridge. “I hope everyone finds the humor in going to ‘The Bridge Club’ to party, sees the nod to the historic Winooski Bridge and recognizes the camaraderie and necessity in building bridges,” McGaughan wrote on Facebook.

McGaughan also recently set up a GoFundMe page to raise money to keep the bar open, saying that he has exhausted all other sources for capital.

Nikki Haley went to pride & New Yorkers weren’t having it