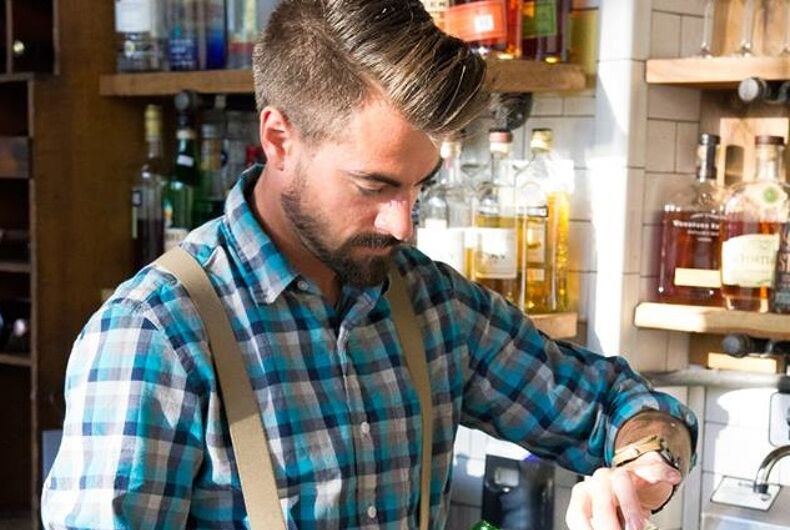 A town hall meeting was held last night to discuss an LGBT group’s reaction to an LGBTQ bar’s name in Vermont.

The Pride Center of Vermont hosted the meeting to discuss whether and how the group should condemn the name of the new bar near Burlington, “Mister Sister.” It will be the first queer bar in the Burlington area in over a decade.

Earlier this week, after a heated meeting on Monday, two board members of the Pride Center resigned in protest of the group not taking a firm stand immediately.

One of the resigning board members told the Burlington Free Press, “I could no longer be part of an organization that wouldn’t take a stance against hate speech directed at the community members it was claiming to support, so I was forced to resign. I’m really sad to have had to do this — I loved being a board member at the Pride Center.”

Prior to the Thursday town hall meeting, owner Craig McGaughan released a statement on Facebook:

My interpretation of Mister Sister is one of inclusiveness. It is a term that has been used among gays and Drag Queens for decades intended to be positively gender-bending.

Mister Sister is for the Misters and the Sisters, those that identify as both and everyone in between.

The official description of Mister Sister is “a gay bar for him, her and them”. I have been very intentional in using a pronoun that isn’t specifically male or female as a way to include anyone that identifies as part of the LGBTQ community.

According to NBC5, McGaughan said he would not attend the meeting because of “the emotionally charged nature of the situation.”

Media was not allowed to attend the meeting for privacy concerns, but local television news interviewed attendees outside of the meeting.

Dusti Parker, who identifies as transgender, told WFFF that the name of the bar is a slur against transgender women. “It’s a very derogatory word used to describe as a ‘shemale,’ was women with male parts…And I don’t want to be too explicit; that was very difficult.”

“We are hindered a little bit by what a 501c3 can actually state, and what we can do in terms of making a statement. We certainly can’t say don’t come to this bar, don’t go to that restaurant, because that is not what a 501c3 is allowed to do,” Leavitt said.

A representative from the bar said at the meeting that they were not considering litigation against the Pride Center.

Leavitt herself told the Burlington Free Press that she does not like the name. “Personally, I do find the name offensive. I know Craig, and Craig is a good man.[…] His unwillingness to meet is what I’m finding to be the most troubling.”

Mister Sister will open on Friday, March 10, in the space once known as Oak45, a wine bar.

Boy Scouts to pay $18,000 & apologize to child thrown out for being transgender