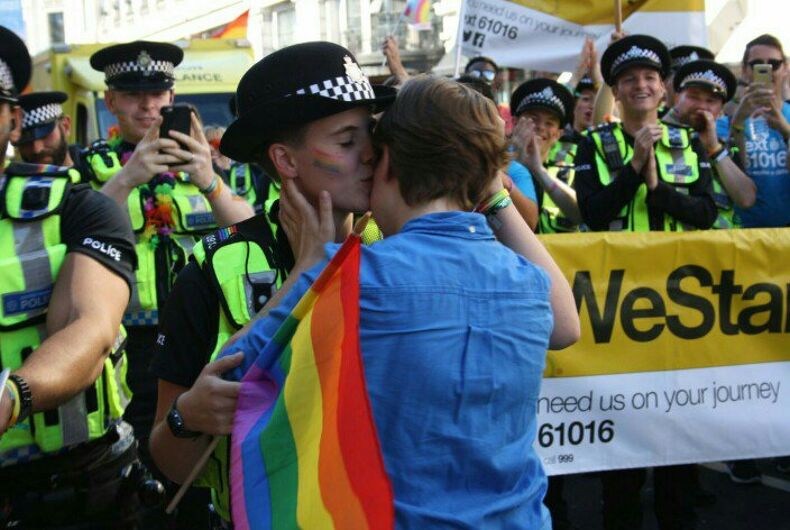 Pride in London is getting a reputation as the place for LGBTQ couples to get engaged. Here are three heart-warming proposals from this past weekend.

A transport police officer proposes to her girlfriend

A rugby player proposes to his boyfriend

The Kings Cross Steelers, founded in 1995, boasts that it’s the “world’s first gay rugby club.” The team regularly marches in the pride parade.

This weekend, Fernando Ferreira stepped out while the team was doing a lineout for the crowd and found his boyfriend, Greg Woodford.

A military couple that met at pride proposes at pride

Damian Dagg and Josh Thorne met last year at Pride in London, and this year Digg proposed to Thorne in front of an audience of assembled troops. It’s easy to forget that just 15 years ago it was illegal to be openly gay in the British military.