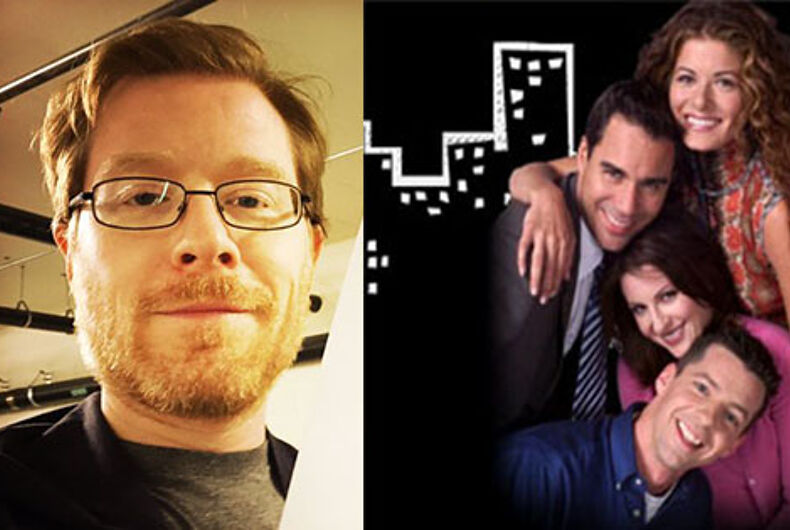 September is shaping-up to be a major month for fans of two television franchises with gay actors and gay characters — some new, some we haven’t seen in a long, long time. One is set in New York City, the other will take viewers where no one has gone before.

AdWeek reports Will & Grace will return to NBC for its much-anticipated 9th season on Thursday, September 28th. The whole cast is back — Eric McCormack, Debra Messing, Sean Hayes and Megan Mullally — and they are decidedly not picking up where we last saw them 11 years ago. It’ll be 2017 when we return to 155 Riverside Drive, and all the changes that have occurred since 2006 will be reflected in the sitcom as well.

Then there’s Star Trek: Discovery, the sixth series in the 50-year-old legendary franchise, and the first to include a gay main character, who, unlike McCormack, is played by a gay actor.

Anthony Rapp stars as Lt. Stamets, a Starfleet officer aboard the Starship Discovery who is an expert in fungus — otherwise known as an astromycologist. In 2012, he was dubbed “one of the first openly gay men on Broadway,” and has starred in a number of theater productions including, You’re a Good Man, Charlie Brown and If/Then. The movie version of Rent is among the films he’s starred in, in addition to “School Ties” and “A Beautiful Mind.”

Rapp recently told LGBTQ Nation about what he considered to be the biggest challenge of his new role: learning so many lines in so little time.

It's my first time being a regular on a tv show. The amount of material to learn in a compact period of time is immense. https://t.co/0NxbwdTcgR

CBS will launch this new adventure show on its broadcast network on Sunday, September 24th at 8:30 p.m., give or take a few minutes because of NFL Football.

But don’t look for it to return the following Sunday on your local CBS station; the series will only be available to subscribers of CBS All Access, the network’s pay-to-watch streaming service.

On the plus side, fans hungry for more can watch the second episode online immediately following the premiere on the 24th of September.