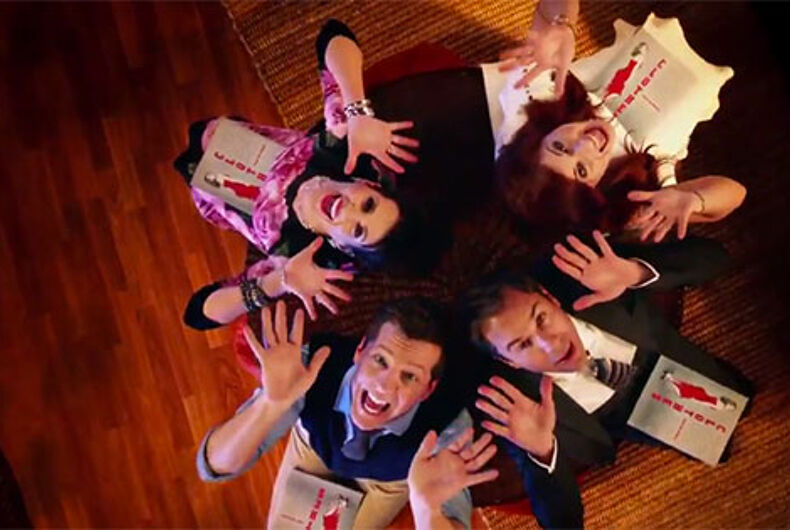 They’re back, they’re primed, and for the first time, Will and Grace and Jack and Karen are singing and dancing, too. It’s all part of a 5-minute long preview in which the beloved sitcom actors pull back the fourth wall, to discuss their comeback.

The plot is that Debra Messing is worried, and it’s up to Eric McCormack and their friends to win her over.

Megan Mullally never breaks character as Karen and Sean Hayes is full-on Jack in the mini musical comedy that gives us a taste of what to expect in the 12 episodes to come this fall.

Hayes tweeted the Will & Grace musical Monday to delighted fans across the country.

Here is the trailer for "Will & Grace" coming back to NBC this Fall. pic.twitter.com/TXStztCEFF

The ninth season of Will & Grace premieres on NBC this September, on a night to be announced.

EXCLUSIVE: Caitlyn Jenner’s memoir is already on the discount rack