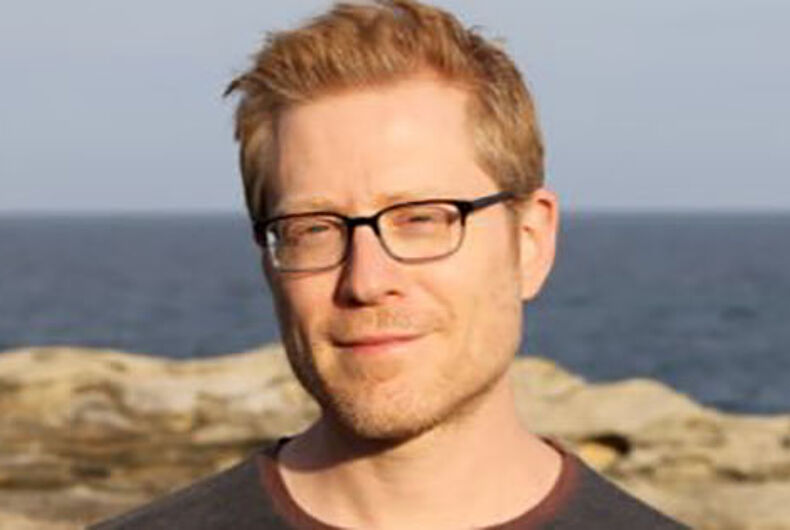 Anthony Rapp of Rent fame is beaming up to the new CBS All Access series, “Star Trek: Discovery,” as the first character in the legendary franchise to be conceived as gay from the very start.

Rapp will play Lieutenant Stamets, a Starfleet officer aboard the Starship Discovery who is an expert in fungus — otherwise known as an astromycologist. In 2012, he was dubbed “one of the first openly gay men on Broadway,” and has starred in a number of theater productions including, You’re a Good Man, Charlie Brown and If/Then. The movie version of Rent is among the films he’s starred in, in addition to “School Ties” and “A Beautiful Mind.”

Rapp tweeted his excitement after StarTrek.com made the official announcement:

With the help of my friend Bill's collection of all things @startrek I am doing a deep dive into the lore in prep for @startrekcbs pic.twitter.com/yB99dScL5t

This is far more than fan service, I assure you. I'm thrilled to be on board and want to honor all that has come before me. https://t.co/E0jXZ8X1dw

Bryan Fuller who is the series creator and was the showrunner until recently revealed over the summer that “Star Trek: Discovery” would have a main character who is gay. Fuller has been out since 2004.

Although the writers, producers and director of the most recent movie, “Star Trek Beyond,” chose to reveal Lieutenant Sulu’s sexual orientation was not straight, but gay, Rapp’s character will be the first original leading man in the 50-year-old franchise to be shown as out, and to be played by an actor who is out. The man who originated the part of Sulu on television in 1966, George Takei, and Zachary Quinto, who plays Spock in the rebooted movie series, are also gay, but play straight characters.

Actors Doug Jones and Michelle Yeoh were also announced Tuesday as members of the cast. Yeoh will be only the second woman in “Star Trek” to play a starship captain.

Below, a preview of “Star Trek: Discovery,” which is set to premiere on CBS next May and thereafter appear on the network’s internet streaming service, CBS All Access.