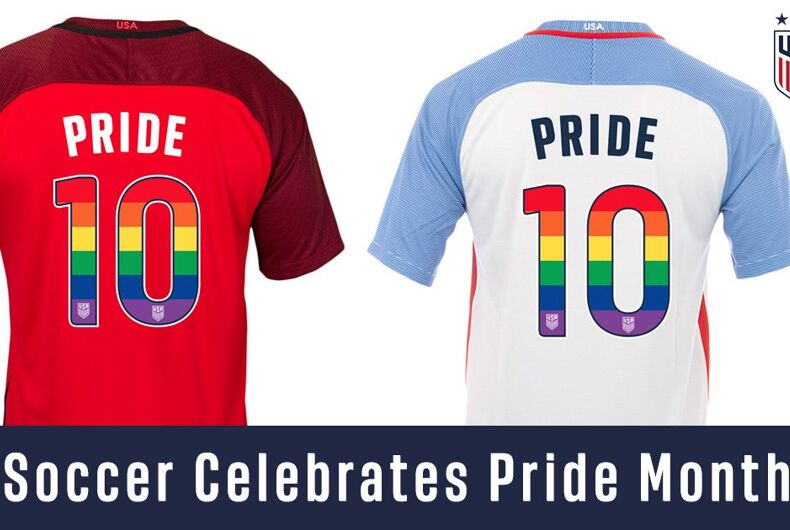 For Pride Month, the U.S. men’s and women’s national soccer teams will wear rainbow numbers on their uniforms during their June matches.

The move is part of an initiative of U.S. Soccer and You Can Play, which is a non-profit that fights homophobia and transphobia in sports.

Jill Ellis, coach of the women’s team, told USA Today, “As much as (gay slurs and homophobia) have been a bastion for locker room talk on certain teams, I also think it’s a place where we can break down barriers and forge supportive environments and equality.”

After the matches, the uniforms will be auctioned off for charity.

Gay men shouldn’t use ‘f****t’ to describe each other

Gay issues discussed at meeting of France and Russia’s leaders