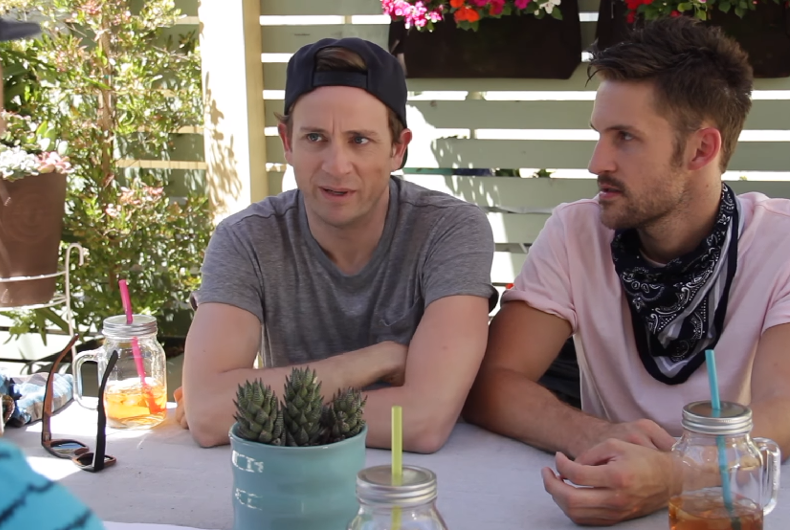 A funny video by comedians Michael Henry, Tom Lenk, and Jimmy Fowlie discusses whether gay men should use the word “faggot.”

Personally, I don’t use the word with my friends and chosen family. There are so many better words to describe one another, based on love and mutual respect. “Faggot” is a term intended to hurt others, and we should be building each other up instead of tearing each other down.

Some people think we should “reclaim” the term. I don’t think this is even possible – a word like “queer” could be reclaimed because it fell out of fashion for homophobes, but I’m still writing articles for LGBTQ Nation about gay men who get beat up by someone shouting “faggot.”

Also, I’m wondering what the benefit is to reclaiming that term. The usual argument is that a minority group that uses a hateful term to describe itself takes some of the “venom” out of it.

OK… so where are the results? Are there actually people who de-sensitize themselves to this term? If so, are they OK when straight people use it, because they’ve heard it so many times in a positive context?

Of course, if other gay men use it, I’m not too bothered. It sounds awkward to my ear, but I know that at least it’s being used with a good intention.