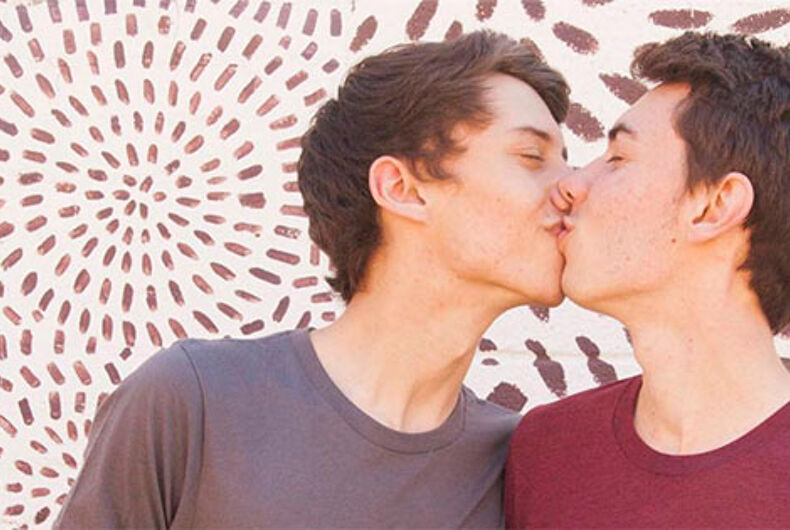 Noah Ambrose and Brandon Caddell are the latest couple chosen by MTV for its Promposal program — where teens do the craziest things to ask someone out to Prom.

But what these two boys from Pinecrest, North Carolina, did was become change agents at their high school in support of LGBTQ rights and against House Bill 2.

Together, they run Moore County’s only high school Gay-Straight Alliance. Ambrose is president and Caddell is vice president.

The Pilot newspaper reported because of their efforts they have become targets of insults and harassment, judged not just by students but their school staff, too. But that hasn’t stopped them.

“This was a great opportunity for us to show everyone it is possible to be out and happy in a small community in a state like North Carolina,” Caddell told The Pilot.

“Asking Noah to prom was something I’ll remember for the rest of my life,” Caddell said. “When I was contacted by MTV about being featured on their newest show, I was incredibly excited. Too many LGBT teenagers have to live their lives in the closet and aren’t able to ask the person they care about to prom.”

But what got MTV’s attention was Ambrose and Caddell bonded over their love of volunteering. Together for a year now, the young activists work with advocacy groups including Equality NC, the NAACP and Sandhills Pride.

“Our passion for activism made us happy to share our story,” Ambrose told the paper. “We want to let people know LGBT couples are just as normal and just as deserving of respect as any other couple.”

No mention of Chechnya gays, but Trump told the Russians Comey was a ‘nutjob’